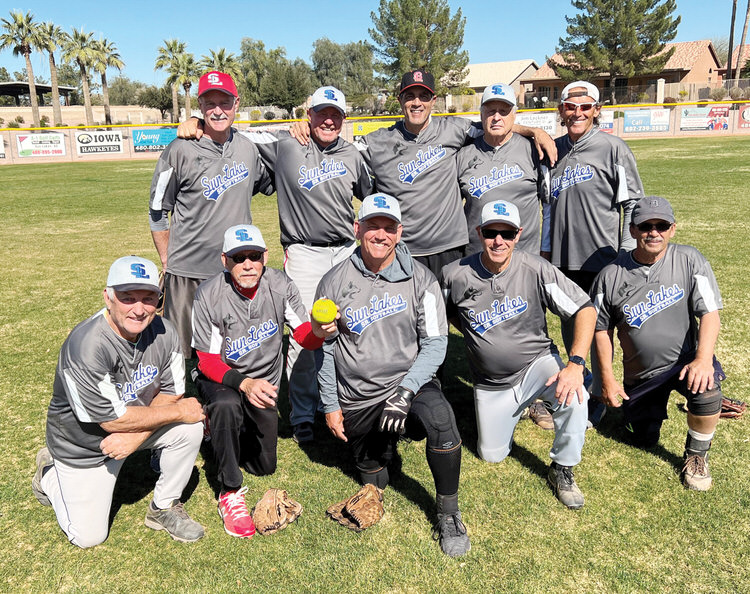 The number one-seeded Wolfe & Associates squad was surprised by the number four-seeded Leckner Realty squad in the opening game of the Sun Division’s Winter Tournament. In a slugfest, the Realtors outlasted the Wolves 24-22. In a well-balanced attack, leadoff man Bobby Reed went 5 for 5 with two homers. He had support from Tom Bersano who was 4 for 5 with two longballs. Marty Hobby had three homers for the Wolves, with Dan Melosi adding two.

In the game three winners’ bracket, Spooner PT bested the upstart Leckner Realtors 22-14. Mike Lebet led the way for the Therapists, going 5 for 5 with two homers. He was supported by Mick Batista and Brad Wendt who had four hits each.

In the losers’ bracket, Wolfe & Associates eliminated the Redeemed Team by a 15-9 score. Dick Bleich and Bill Corso led the Wolves’ attack with four hits each, while Greg Lemmon hit two towering HRs for the Redeemers.

The Wolves continued roaring in game five, banishing the Leckner Realty squad in a close 23-19 contest. Marty Hobby had a perfect day at the plate with two walks, two singles, and a long homer. Tom Stephens added four hits, including two longballs. Tom Bersano reached base five times for the Realtors, with three hits and two walks.

The championship game pitted Spooner PT against the Wolves. Counting both the regular season and the tourney, both teams were 14-6 and were 3-3 in head-to-head contests. The Wolves battled back from their game-one loss to beat the Therapists 17-12. Manager Ron Carmichael, Marty Hobby, and Dan Melosi each had four hits for the winners to lead their attack. Hobby’s hits included two homers and a triple.

Marty Hobby had an incredible tournament, going 17 for 18 for a .944 average, and he led all players in homers with six. Other top hitters were Bill Corso (.929), Tom Bersano and Bobby Reed (both at .857), and Bob Wicks (.846). Mike Lebet, Dan Melosi, and Tom Stephens tied for second in home runs with four each.

Congratulations to Manager Ron Carmichael and his “Comeback Kids”!