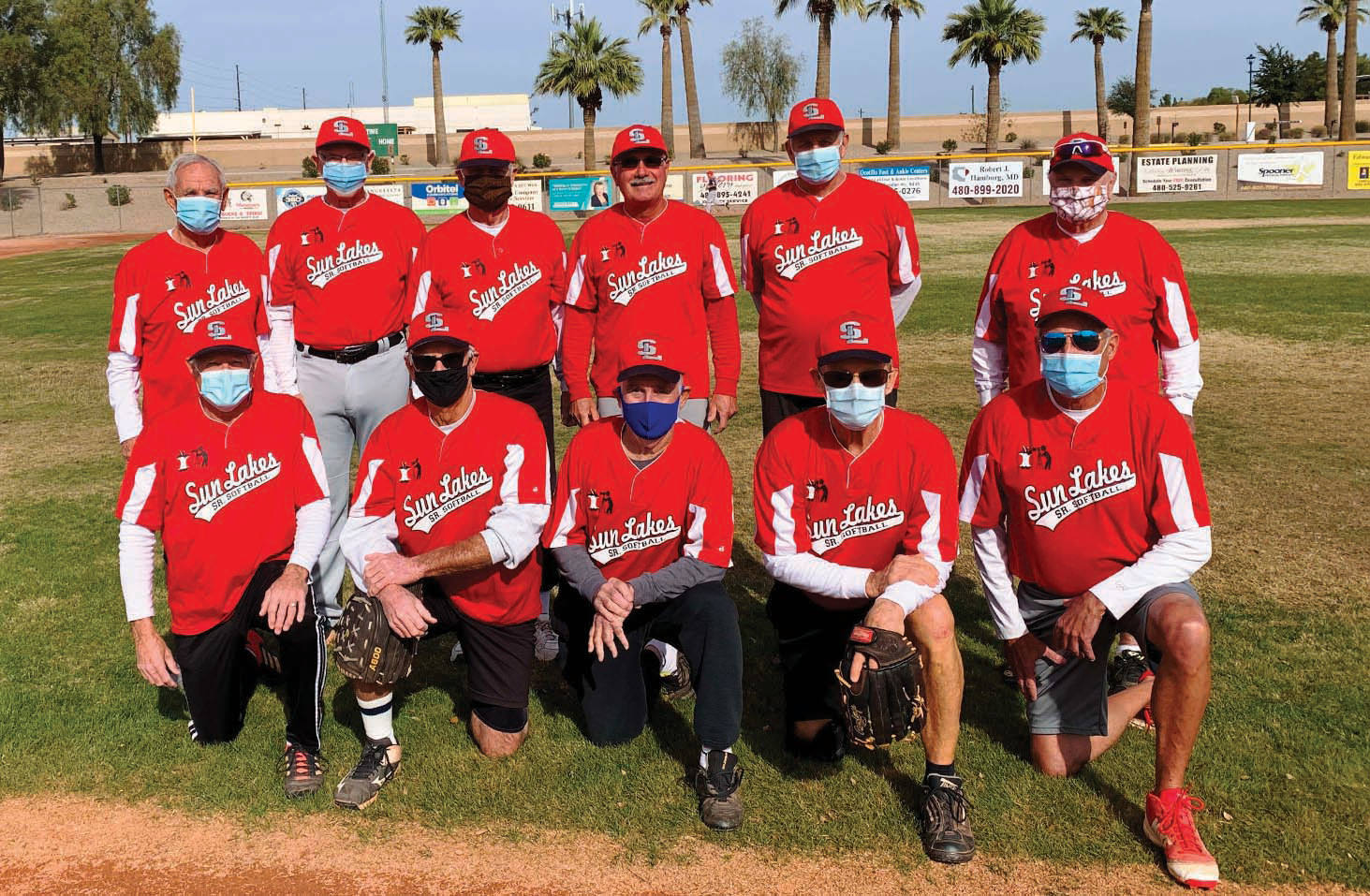 The Core Photography team, managed by Tom Erpelding, captured the Fall Softball Season pennant in the Lakes Division with a record of 10 wins and 4 losses. They easily outpaced the second-place team, Wolfe & Associates, managed by Gary Hillabolt, which finished at .500 with an 8-8 ledger. Wild Bill McCoy’s A-1 Golf Carts squad finished third with a 7-9 record, while Vern Rodgers’ Young Realty Team finished in the basement with a 5-9 record. Several games were canceled due to rain and wet grounds.

In other major offensive categories, Frank Rouse led the league in singles with 58 and tied with Bill Jacobson with 14 doubles each. Mike Durben and Dave Martin were the leaders in triples with five each, while Vern Rodgers and Bill Jacobson tied for the league lead in homers with three apiece. Reggie “I’ve Never Seen a Pitch I Liked” Reese led in bases on balls with 22.

As of press time, we’ve delayed the start of the Winter Season due to COVID concerns. Check our website at www.sunlakessoftball.com for up-to-date news.