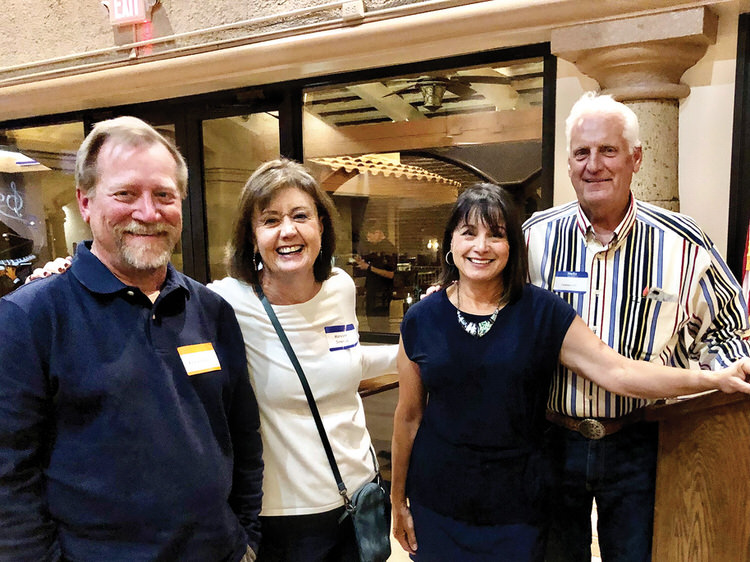 The 2022 officers for the Cottonwood Tennis Club were elected at the Volunteer Appreciation Dinner held at Palo Verde on Feb. 17. They are Maryann Sinerius, president; Rick Kendall, vice president; Barb Jorgensen, secretary; Cindy McCarville, treasurer; and Jay Ketter, tournament director. Cannon Hill will remain on the board as past president.

This will be Jay Ketter’s second year as tournament director. Barb Jorgensen has been the membership chair for several years and will now be the secretary. Cindy McCarville takes the place of longtime treasurer Spencer Roberts.

After the dinner and the election, Ron Petersen entertained the crowd with his keyboard specialties.