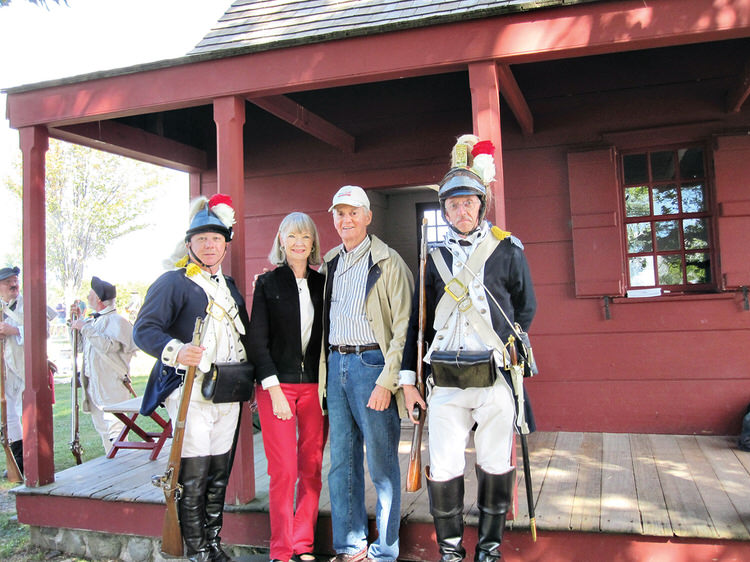 It’s hard to believe it is December when you are reading this article. This month’s feature is Gila Butte Chapter member Judy Putnam in the “Spotlight.” She was so excited to be featured that she wrote her history. I didn’t have to do a thing!

“I became a member of the Hunt Chapter of the NS Daughters of the American Revolution on July 6, 2009. At a later date, I transferred to the Gila Butte Chapter.

“I grew up in Spokane, Wash., and was married to Tom Putnam until he died in 2015. We were married just a few months shy of 50 years. Tom was with IBM, and we frequently moved to live in San Jose, Calif.; Boise, Idaho; Spokane, Wash.; and Issaquah, Wash. We have two sons and are the grandparents of three.

“I have had a varied career life. I worked as an interior decorator for a small company (ASID) to program development at the Spokane Falls Community College, Small Business Development Center, then became a partner in a small business, ShoWorks, Inc. Most of my career has been in the area of small business programs. I am retired from the Washington State Department of Trade and Economic Development as Program Manager of the Minority and Women’s Business Development Program.

“Growing up, my father would often remind us that we were descendants of the Mayflower. He would show us the family tree and talk about the people he remembered. I had a great-aunt who was a member of the DAR, joining in 1936. Their contributions to the community interested me, but I learned about the service and education the DAR stood for much later in life. I am a firm believer in the democracy this country stands for.

“My patriot is John Nelson (Neilson). The John Nelson house, Bemis Heights, Stillwater, Saratoga County, N.Y., is situated within the American entrenchments on the Saratoga battlefield. The house served as the Generals Enoch Poor and Benedict Arnold headquarters during the Saratoga Campaign. As a building, it is representative of the early frontier settlements of the upper Hudson Valley. From this building, General Poor went to lead his troops in heroic action on both Sept. 19 and Oct. 7.

“The house now standing on the site of Fort Neilson is the Block House, containing relics of the Revolutionary period and exhibits designed to present the story of the battles of Saratoga and the Burgoyne Campaign.”

Thank you, Judy, for writing your story about your patriot. Soon we will be having Christmas dinner with friends and relatives, which is an excellent time to share memories. Ask the oldest relatives at the table to share stories of their lives. Record their stories and share them with the youngest members of the family. You may not get another chance. For information, contact Membership Chair Pennie Bonnett at [email protected] or 602-418-8908.