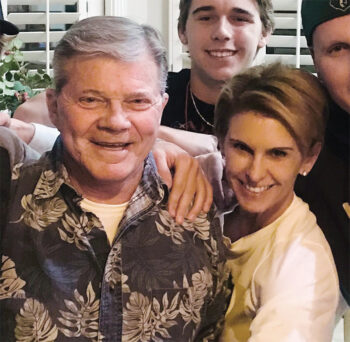 First, let me say that I love my dad, and he’s one of a kind. But we argue about the fact that he still carries an old flip-phone and won’t trade it in for a smartphone. At 77 years old, he refuses to update his phone, because he admittedly doesn’t like change. “Why would I get a new phone when this one works perfectly fine?” he asks me. My response seems to fall on deaf ears when I say, “New phones can receive pictures and texts from your teenage grandchildren, give you updates on the stock market throughout the day, and then be used as a sound-soother to help you sleep at night.” For a second, he considers how handy and efficient a new phone might be. Unfortunately, that second passes, and he looks at me and says, “I don’t want a new phone, and that’s it.”

Changing the way we think about something is hard to do, especially when we’ve developed a very strong opinion. Cell phones aren’t the only thing my father has taken a stand on. When I told my father a couple years ago that I was going into the mortgage industry to specialize in reverse mortgages, he looked at me like I had just told him I was going to sell illegal drugs. “Why are you opposed to a reverse mortgage?” I asked. His answer was textbook outdated thinking, “Because it eats up your home’s equity, and it’s not a smart thing to do unless you’re poor.” Unfortunately, this is one of many misconceptions people have about how reverse mortgages work and shows a lack of understanding about how they have evolved. Since then, I have been on a crusade to educate seniors like my dad who continue to hold on to what they think they know about reverse mortgages.

Many well-respected economists and financial planners have jumped on the “Reverse Bandwagon” after recently published research has shown that doing a reverse mortgage at age 62 will lead to a better retirement with a higher net worth. When I share this research with seniors, I love to see the “a-ha” moment when they see how a well-planned reverse mortgage strategy can help preserve assets, increase cash flow, hedge against inflation, and improve the quality of their retirement.

Has my dad seen the light when it comes to reverse mortgages? Yes.

Will he upgrade his phone? Never.