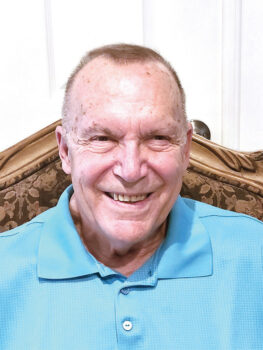 Brother Ray Mulay is one of our newest and most active members! He joined the Knights just one year ago, but has already achieved the third degree, and is an active member of the “Core Committee,” a group of three Knights and their wives whose purpose is to evaluate Council activities and recommend improvements. Recently, he gave the first Lector presentation on his experiences working with incarcerated men and women in the Colorado Department of Corrections. As a result of his presentation, Council 9678 is exploring the feasibility of starting a prison outreach program in Arizona!

A native of Pueblo, Colo., Ray’s career in occupational education spanned 32 years. He earned a bachelor’s degree in marketing education at the University of Northern Colorado and a master’s degree and Ph.D. in vocational and educational administration from Colorado State University. He taught marketing at three high schools in Colorado and New Mexico and spent 18 years with the Red Rocks Community College (RRCC), located at Lakewood, Colo., as a coordinator, professor, department head, and associate dean of occupational studies. He left RRCC to serve as executive director of the Delta-Montrose Area Vo-Tech Center in western Colorado. Next, he joined the newly-formed Division of Correctional Education at the Colorado Department of Corrections as educational programs director at Delta Correctional Center in Canon City and Pueblo, Colo. In 1997, he became program manager for the Colorado Women’s Correctional Facility in Canon City.

Brother Mulay was recognized for his expertise with numerous awards and consultantships, such as with the Small Business Development Center at RRCC and the New Hampshire Department of Education project aimed at improving the articulation of secondary and post-secondary vocational education in suburban schools. His service to youth organizations is exemplified in the awarding of Honorary Life Membership in Colorado’s marketing education DECA youth group!

As a long-standing member of Sales Professionals (SP) USA, Ray established a statewide competitive event in entrepreneurship, as well as an annual college scholarship in marketing education. However, his greatest accomplishment in the SP organization was a seven-year stint chairing Golf 4 Scholars, an annual tournament which generated more than $40,000 in scholarships for students pursuing a higher degree in marketing or business.

When asked why he joined the Knights, Ray said, “I had two uncles who were Knights, so I knew about their good works. But it was conversations with active members of Council 9678 that convinced me to become a member. I’m happy to be involved in a great organization!”

Ray and his wife of 56 years, Marilyn, have two grown children (who live in Georgia and Minnesota), four grandchildren, a great-grandson, and another great-grandchild anticipated in August! The Mulays first came to Sun Lakes as snowbirds 20 years ago, and in 2019 they became permanent residents in Oakwood Villas, where he serves as a resident-unit co-captain. Ray says, “Happiness in retirement comes from staying active!”