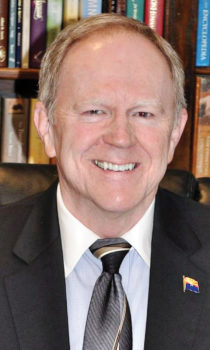 We live in a very complex universe. In fact, no scientist or other professional can know everything there is to know about even his or her own particular discipline. I once read that a medical doctor would need to read the equivalent of one book per hour just to keep up with his own specialty. So, I guess that means if you went to the doctor yesterday, you’d better hurry back, because he’s 24 books out of date on whatever is wrong with you. But that should not disturb you if your ultimate dependence is on God Himself rather than the doctors. Yes, we live in a complex universe. No one can know more than a fraction of the laws of science. But God knows all of them—those laws known to humans and those not known. And He knows these laws not because He investigated them, but because He invented them.

Think for a moment about the amazing vastness of the universe. Our galaxy, the Milky Way, is only one of at least a hundred billion galaxies in the universe. And each one has about a hundred billion stars. It’s quite mind boggling! Our Milky Way is a part of a small cluster of galaxies with only a few of these visible with the naked eye. This includes our closest neighbor, the Andromeda galaxy which, by the way, is speeding toward us at 200,000 miles per hour! Not to worry, though. There’s apparently no evidence of a collision any time soon. But it does cause one to wonder about the possibility of galaxies flying into each other. Fortunately, in most instances, the stars are spaced so far apart that head-on collisions are rare. Incidentally, could that be an example of galactic social-distancing? Probably not!

One thing is for sure: The universe with its order, symmetry, and precision is not the result of random chance. Referring to Jesus Christ, the Bible says, “By Him all things were created, in heaven and on earth” (Colossians 1:16). Furthermore, Jesus sustains everything as we see in the next verse: “And He is before all things, and in Him all things hold together.” A group once visited an atomic lab where a guide explained that all matter was composed of rapidly-moving electric particles. The group also studied models of molecules and, finally, someone asked, “If this is the way matter works, what holds it all together?” The guide had no answer. However, the Bible gives us the answer: Through His unlimited power and wisdom, Jesus Christ holds it all together (Colossians 1:17).

Furthermore, He not only created the universe, He created us. And as our Maker, He knows what we need and understands perfectly the purpose for which He made us. For those who know Him as Lord and Savior, that’s a comforting truth to remember—especially in a chaotic and confused culture.