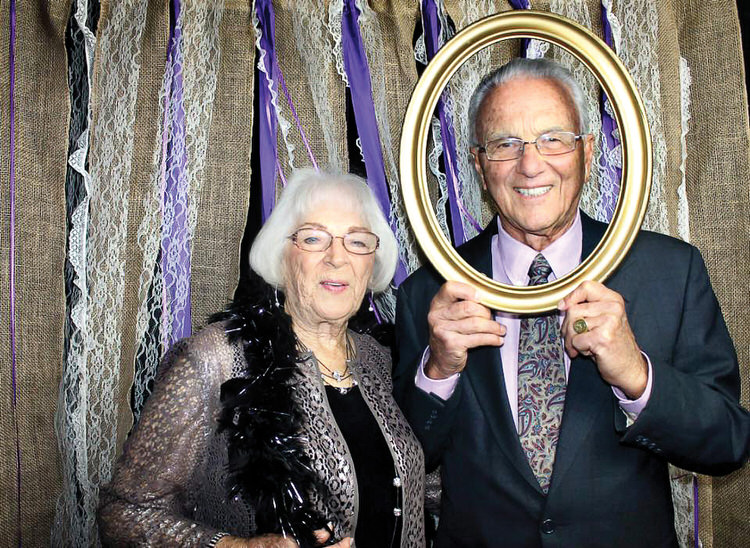 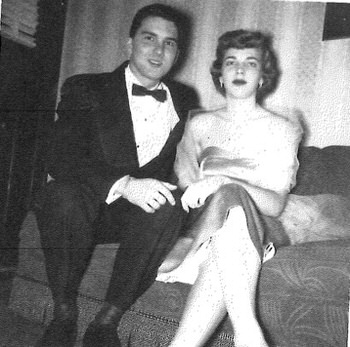 Paul and Ginny Mazade celebrated their 70th wedding anniversary surrounded by family and friends on Saturday, June 4, at IronOaks. Paul and Ginny were married on July 29, 1952, and they will renew their vows at the 8 a.m. mass at St. Steven’s Catholic Church on July 31. Both were born in Michigan and raised five children: Paula, Stephen, Glenn, Barry, and Eric (deceased). Their children blessed them with 10 grandchildren: Jessica, Rachel, Garrett, Gabrielle, Reece, Kyle, Connor, Nicole, Catherine, and Jacquelyn. Then they were blessed again with two great-grandchildren: Joseph Mazade and Hutchinson Francis.

Paul and Ginny met in 1950 while Paul and a friend were out “girl trolling.” Paul met Ginny over a ping pong table at St. Mary Magdalen Social Hall in Hazel Park, Mich. The two were smitten. They dated for a year right as Paul was in training for the Navy, and Ginny went once by train to see him, and the rest was history. They were engaged and married on a Tuesday after Paul’s Navy OCS graduation in 1952. Paul served for three-plus years during the Korean War in the Pacific with the Amphibious Group.

Paul graduated from the University of Detroit in 1951, cum laude, with a Bachelor of Philosophy in Political Science. Paul retired from Ford Motor Company as a marketing and sales executive in December 1985, after 30 years. Ginny, or “Gee Gee,” as Paul calls her, is really the neck of the family. Raising four boys and a daughter is no easy task, and she did it with poise. She was a devoted wife, mother, and homemaker during this time. She has been an even more amazing grandmother. Both Paul and Ginny are avid golfers, are active in their communities, and have volunteered with several organizations over the years. Paul even served a three-year term as Mayor of Howey-in-the-Hills, Fla., in 1987. Before recently settling back in Phoenix, they had homes in Michigan, Missouri, Florida, and Prescott Lakes.

There is no perfect marriage, and Paul and Ginny would agree, but as these two have spent the last 70 years together, most would say theirs is pretty darn close. Paul would describe Ginny as a “knockout” when he married her, and she was one of “Howard Hughes Girls” in Culver City, Ca. She has weathered the years gracefully. And Paul is a hard-headed man who is round spirited and a charmer. The best way to describe Paul and Ginny is that they are a mature, compatible, and well-adjusted couple. Their marriage isn’t impressive because they are still together. It is impressive because even now, celebrating their 70th anniversary, they’re still just as in love as they were in the beginning. Congratulations on staying rock solid!