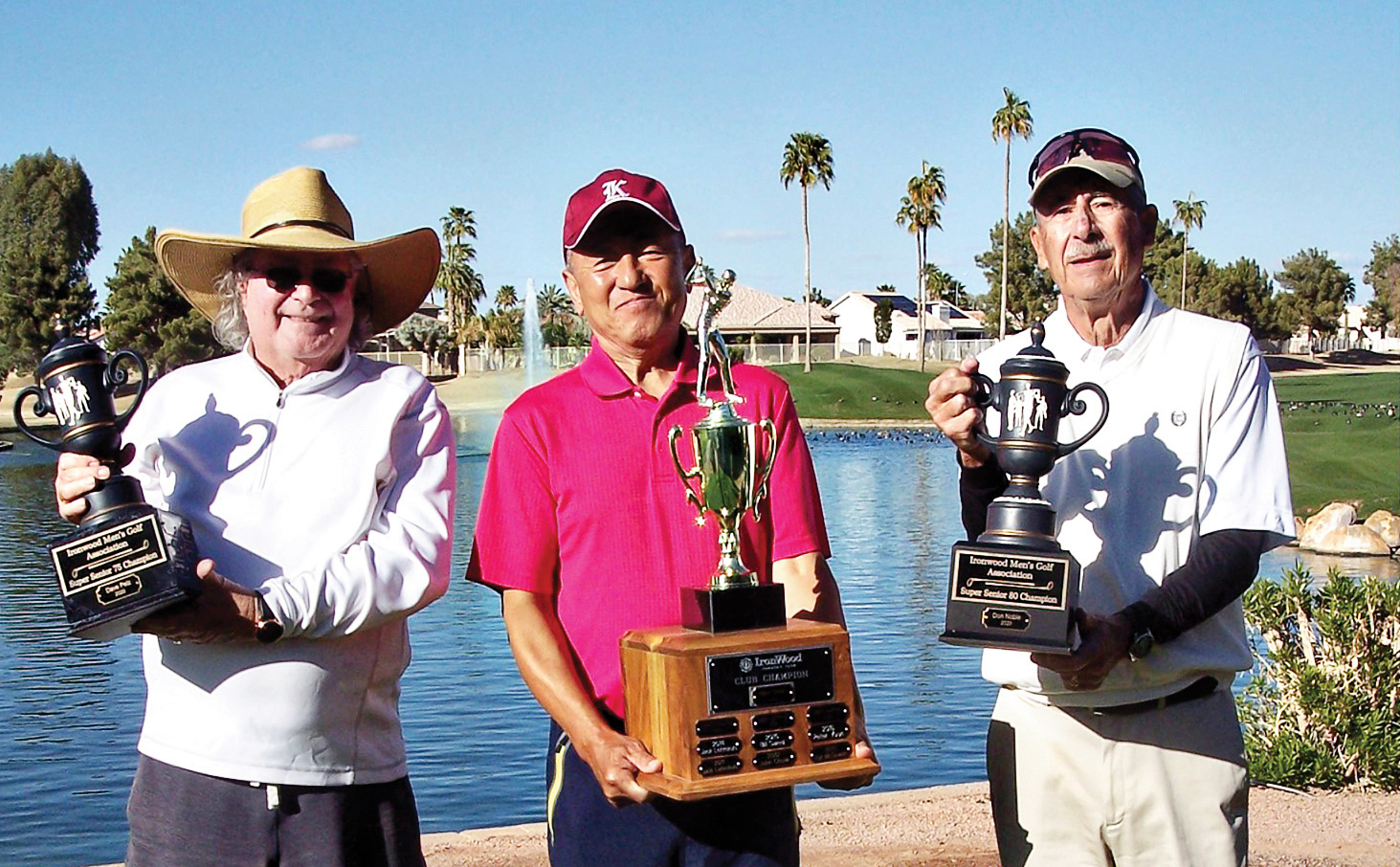 Congratulations to Peter Yoon, Ironwood Men’s Golf Association (IMGA) Club Champion for 2021, winning with a score of 218. The Club Champion is determined by a three-round, gross score event, played from the blue tees.

The other Flight winners in the Club Championship were:

An update to the IMGA members photo album has been completed by Bruce McCorkle, showing the current IMGA board, past presidents, Ironwood Cup and Club Champions, and member photos with notations for service to IMGA, championships won, and holes-in-one. Great effort by Bruce.

Dan offered that our bottom line has dipped from last year, but explainable with some extra payments required. Overall, we are financially healthy.

Bill reported that tree trimming has been observed but awaiting a status on the effort to date. Bunker rakes have been replaced, and the ball washers are operational.

Dick is going to look at what might be possible, if anything, to offer members with special circumstances, e.g., medical problems, where their handicap does not reflect their ability to play. He may have suggestions next month.

Weekly prizes continue to be distributed in a timely manner. Rich proposed and the board agreed to continue to exclude KP payouts on IMGA events.

Thanks to Dan for successfully managing another Club Championship.

The new member package on how to participate in the league is on the website and appears to be working.