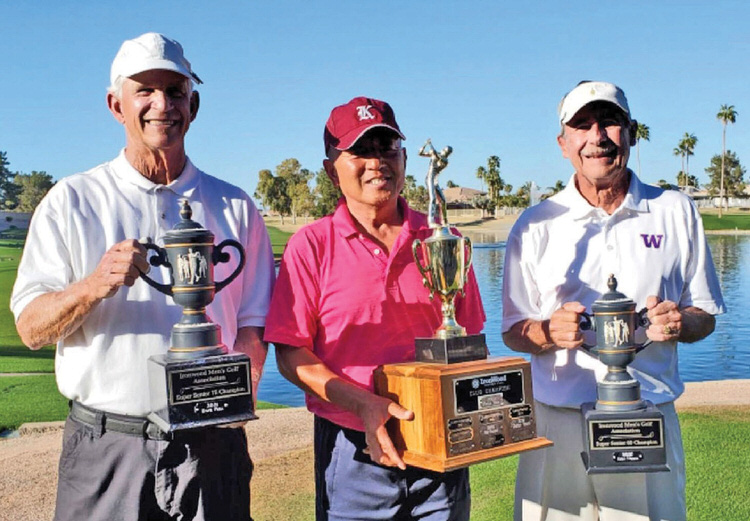 Congratulations to Peter Yoon who has become a back-to-back IMGA Club Champion. He completed this feat with a three-round score of 215, winning by just one stroke in a highly competitive final match.

First-Place Results by Flight of the Club Championship with Gross Score:

*Leon scored a hole-in-one on hole number 6 on the third day of the Championship.

Congratulations to Rich Popham who scored a hole-in-one on number 17.

Members have been asked to be aware of how they leave sand traps to ensure there are no unrepaired footprints before and after play. The local rule will allow a member to lift the ball from a footprint, groom the sand with a rake, and replace the ball in the same spot if necessary.

Dan Jonker, IMGA Treasurer, reports that IMGA is heading towards exceeding last year’s revenues substantially. The Member/Guest has contributed considerably towards that upside.

Another factor in an increase in revenue is that member sign-up for 2022 now stands at 250 players.