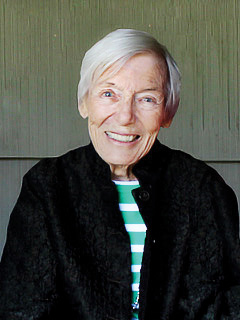 Private graveside committal services took place on Nov. 14, 2020, at Sacred Heart Catholic Cemetery in Aberdeen, and a family celebration of her life will be held in the spring. Schriver’s Memorial Mortuary & Crematory, 414 – 5th Avenue NW, Aberdeen, is in charge of arrangements. Family and friends may sign Marilyn’s online guestbook at www.schriversmemorial.com.

In lieu of flowers, please direct memorials to the Marilyn Carrels Memorial, 6 Lilac Lane, Aberdeen, S.D. 57401. All memorials will be directed to Storybook Land and the Roncalli Nearly New Shop.

Our mom Marilyn (Drury) Carrels was a small-town tomboy before she was anything else. Wabasha, Minn., was where she was born and raised, and as a youngster, she and her best friend explored the Mississippi River using a little motorboat. After graduating from St. Felix High School, she completed a nursing program in St. Cloud, Minn., and began caring for polio victims. After two years of this demanding work, she embraced a new career as a stewardess, traveling the continent with Northwest Airlines. That was when commercial air travel delivered a carefree, adventurous experience, and Marilyn loved her job. But she also loved a young man she’d met in Minneapolis, a dental student at the University of Minnesota who was also from Wabasha. Don Carrels had only known Marilyn Drury in Wabasha from afar, as he was five years older. Not long after his first date with Marilyn, Don told his mother that he’d found the one. And so, Marilyn Drury resigned her position at the airline, married Don Carrels, and moved to Aberdeen, S.D., where Don was establishing a dental practice. The year was 1952. The couple settled into an apartment and soon were expecting their first child, a son born in 1953. By the time their second child arrived, a daughter born 11 months after the birth of their first child, they had purchased and finished a small home not far from their apartment and began raising a family and building a life together. Marilyn became a housewife and mother, and four more children would liven up her world. In 1960, she and Don moved into their dream home on Lilac Lane. They lived happily in that home for 57 years until Don’s death in 2017.

As a mother, she carpooled a collection of neighborhood kids. She faithfully attended our activities and was our most supportive cheerleader. She excelled in the kitchen, and her tasty desserts were especially memorable. She enjoyed golf, tennis, skiing, reading, and playing bridge with her friends. For many years, she was a “band member” at Sacred Heart Church. She was a prolific and thoughtful writer of letters and notes, expressed through her beautiful, cursive handwriting. She faithfully and frequently volunteered at the Roncalli Nearly New shop, and she and Don were welcomed into the Roncalli Hall of Fame. Though our parents traveled the world, they were most at home in their homes in Aberdeen and Sun Lakes, Ariz., with family and friends. Our mom loved entertaining at their home in Sun Lakes or on their screen porch in Aberdeen, serving wonderful meals for her family there and playing board games with her grandchildren.

She lived a happy, rewarding life and was grateful for her good fortune. During her final years, she quietly smiled at the world, presenting an almost mischievous look, her small eyes gleaming. Her frail body finally wore out, a process sped up by COVID-19. Her death occurred Nov. 5. We loved and will miss our mom. We are relieved she died painlessly, though we are saddened she was quarantined and without family at her bedside.

We extend a sincere thank you to the caring staff at Angelhaus in Aberdeen and to our mother’s special caregiver Margaret Rieger. 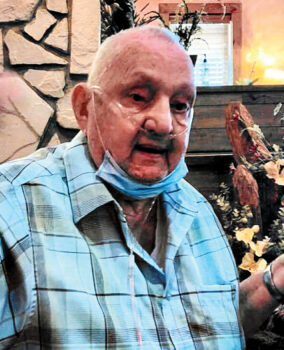 He was preceded in death by his parents and two wives: Phyllis Markowski Dombrowski and Eleanor Sheehan Dombrowski.

Family Services will be private with a Memorial Mass to be held at a later date at St. Peter the Fisherman Catholic Church in Mountain Home, Ark.

Arrangements are by Kirby and Family Funeral and Cremation Services-Mountain Home, Ark. Visit an online obituary and guest book at www.kirbyandfamily.com. 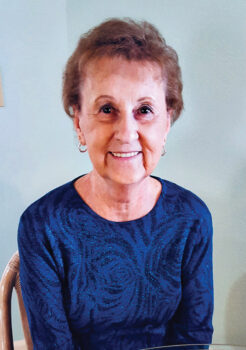 On October 27, 2020, surrounded by her two loving daughters and oldest granddaughter, Patt passed away from cancer at the golden age of 86.

Patt is survived by her two daughters, Karen Luffman (Chandler, Ariz.) and Lisa (Brad) Robinson (Clarkston, Mich.). Patt was the grandmother to five grandchildren: Michelle (Ivik) Injerd, Alisha Robinson, Elisabeth Robinson, Victoria Robinson, and Benjamin (Abi) Robinson. Patt is also survived by her sister, Gloria (Fred) Boop (Pinckney, Mich.). She is preceded in death by her husband, Bill Luffman; her parents, John and May Hintz; her brothers, Johnny and James Hintz; and her sisters, Ruth Westie and Betty Chancey.

Patt and Bill relocated from snowy Michigan to enjoy the warm sunshine of Sun Lakes, Ariz., in 1988. Patt loved doing crafts, especially ceramics. Her ceramic creations are proudly displayed in and around her home, as well as in the homes of her loved ones. For many years, she and Bill were very active with the Sun Lakes Country Dance Club. Bill and Patt also loved to travel together. They took many trips, including Europe and Australia; and they visited their daughter, son-in-law, and grandchildren in Michigan every August. In recent years, her favorite pastime was Mahjongg, which she played multiple times a week, in the company of her friends. A private burial has already taken place. Patt was reunited with her husband, Bill, at The National Memorial Cemetery of Arizona, located in Phoenix. 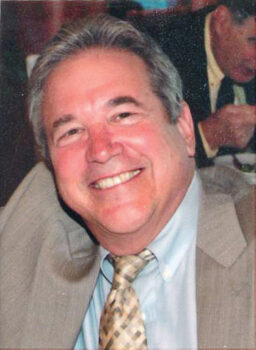 Jim Roberts, a man who always met you with a big smile, a firm handshake, and a hug, died on Sept. 16, 2020. Jim was born in Detroit, Mich., and was raised in nearby Dearborn, Mich. Jim met his best friend Diane in high school. They were married in 1968 and remained inseparable for 52 years. They are blessed with two children: Jamie Roberts of Duvall, Wash., and Michael Roberts of Chandler, Ariz.

Jim graduated with a BA degree from Eastern Michigan University, and an advanced degree in urban planning from Arizona State University. He started his career in Scottsdale, Ariz., as the current planning manager. Among the many new developments in Scottsdale, Jim was responsible in bringing Mayo Clinic to the Valley. He worked in Scottsdale from 1969 to 1990. He then worked in the planning department of Redmond, Wash., from 1990 until his retirement in 2010.

Jim was a man of faith and an active member of Compass Christian Church in Chandler, Ariz. He believed in giving back in any community he lived, always being an active volunteer.

Jim enjoyed hiking, camping, golfing, and reading. But his favorite thing was spending time with his son playing baseball and his daughter at her horse events. Family meant everything to Jim. He loved spending time with his friends. He was always ready to tell a joke. His sense of humor and infectious laugh were enjoyed by many.

Jim is survived by his wife, two children, and his sister Joye Jeffrey of Fountain Hills, Ariz., and his brother Martin Roberts of Tallahassee, Fla.

To remember and honor Jim, please reach out to your community, offering support and comfort when needed. 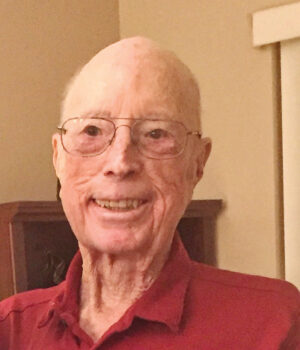 Dr. W. Jean Stradley passed away on Oct. 23, 2020, a few months before his 96th birthday. Jean was born in January of 1925 in Topeka, Kan. At age one, he, his mother, and older brother James moved to the Bitterroot Valley of Montana and lived in a small log cabin. At age 11, they moved into the nearby town of Hamilton. After high school, Jean joined the Navy for World War II. After the war, he graduated from Western Washington University, taught at the University of Hawaii, and later got his doctoral degree in psychology from University of Oregon.

He was a professor and dean at Humboldt State University in Northern California for 27 years.

Upon retiring in 1986, he and wife Margery moved to Sun Lakes. Jean was an avid golfer until his back gave out when he was 88. He and Margie would travel most summers in their motorhome, escaping the Arizona heat. They golfed in almost every state.

There will be no services.