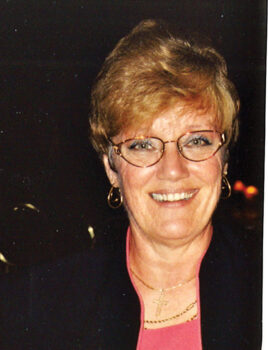 Sharon E. Jackson, age 74, left this world very suddenly on Nov. 2, 2020, after a short illness, and went to be with our Lord Jesus, who was waiting with open arms to greet her; along with her husband Dennis who passed three years ago. She will be so lovingly missed by her three siblings: David Hendricks of Wisconsin, Helen Hendricks of Idaho, and Bobbi Levin of Sun Lakes, Ariz. She will also be dearly missed by her two children: Scott Friedman of South Carolina and daughter Courtney Owery of Wisconsin. Also, her five grandchildren and many nieces and nephews.

Sharon worked in Brookfield, Wis., for 18 years at WICPA (Wisconsin Institute of Certified Public Accountants). After her retirement, she and her hubby decided to leave the ice and snow of Wisconsin and move here to Sun Lakes.

She requested no service and wanted cremation. Go with God, my beloved friend and sister, until we meet again. I love you! 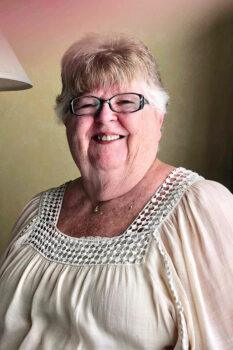 Linda loved playing bridge, traveling, and being with her family. She was incredibly fun and strong. She raised her family with love, laughter, and uncompromising support that made us all love her so much. The world dims as our hearts break, but we take comfort in the knowledge that our mother/grandma is now at peace.

There will be no services at this time. 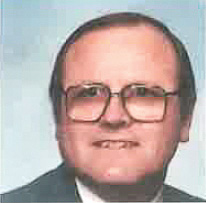 David Pulte passed away on Nov. 13, 2020. He was born on Jan. 2, 1942, to Herbert and Margaret Pulte in Omaha, Neb. David received his undergraduate degree from Creighton University before serving as a procurement officer in the United States Air Force during Vietnam. After his service, David completed his master’s degree in accounting at Creighton University. While working in the financial industry, David met his spouse of 44 years, Jackie (Crouch) Pulte. Together, they had three children: Michael (Debbie), Michelle, and Dana (Martin). David worked as a CFO and Worldwide Group Controller for 20 years. Later in life, he developed Parkinson’s Disease and was painstakingly cared for by his wife during the last 10 years of his life.

As a Catholic Christian, David set a lifelong example of patience and understanding. As a father, he tried to instill a sense of duty, honesty, and respect for others. David was loved and respected by his peers, business associates, and family for his kindness, knowledge, and quiet leadership skills. He was also loved for his quick wit and enjoyable practical jokes.

In addition to David’s wife and children, he is survived by his seven grandchildren: Justin, Kyle, Chance, Savannah, William, Dawn, and Clayton. Also surviving are David’s brother Leo (Sally) and his sister Janet. David was preceded in death by his wonderful parents Herbert and Margaret.

On December 5, 2020, Richard (Dick) Alvin Tallman, passed away peacefully in Chandler, Ariz., after a long battle with dementia, his loving and devoted wife Joann never far from his side. Dick was born in Fairport, N.Y., on December 28, 1928, to Harry and Cornelia Tallman. He graduated from Penfield High School and then joined the Air Force as a Private First Class in the final stages of WWII. While in the Air Force, he participated in an island hopping campaign in the Pacific Ocean notifying inhabitants the war had ended. After the war, he became an employee of Ma Bell Phone Company in New York. It was there Dick got a taste for the great outdoors and spent the majority of his life.

In 1963, Dick along with his first wife Nancy and four children, relocated to Phoenix, Ariz., traveling across country in a 55 Chevy 4-door from New York to start a new life in the southwest. In 1967, Dick completed his Associate Degree at Phoenix College. His degree meant so much to him, something he always wanted to accomplish and provide motivation for his children to excel in their futures. Throughout his career, Dick worked for Bell Telephone, Motorola, Superior Mines in Globe, and ultimately back with SW Bell before retiring in 1990.

During his life, his love for the outdoors was never lost as the family with their over-the-cab camper spent many weekends in the desert and areas surrounding the greater Phoenix area. As the boys grew, he introduced them to hunting, both birds and big game, and continued hunting for years after they left home. Dick coached little league for his son’s teams. When not hunting, he would join his sons and neighbors in the desert on dirt bikes and riding trails wherever they led him. His desire for being outdoors and excitement was never lost as he enjoyed hiking, biking, rollerblading, skiing, and playing tennis. He was an avid hiker and took multiple hikes in the Grand Canyon with the Telephone Hiking Club.

Later in life, Dick met and married Joann Brewer, spending the last 34 years with her at his side, enjoying all things outdoors in their life adventures. Dick and Joann spent their time playing tennis, swimming, walking their community, running 10k’s, and hiking mountain trails throughout Arizona, including hiking the Pinal Mountains, Rivas Ranch, Humphrey’s Peak, and white water rafting on the Salt River. When not in the outdoors, they could be found cutting the rug with the Square Dancing Club in Globe, Ariz. Always looking for a new adventure, his wife Joann gave him a spectacular birthday present of flying air-to-air combat at Desert Dogfights.

Richard Tallman led a full and wonderful life filled with family, friends, and excitement. Dick is survived by his wife Joann, his daughter Wanda, and sons Wade, Marve, and Mark, as well as stepchildren Bill, Anna, Christina, and Lisa along with 17 grandchildren and 22 great-grandchildren.

He is preceded in death by his mother Cornelia, and father Harry, first wife Nancy, and his grandson Shane Tallman.

There will be only a private memorial.

John joined the Navy in October 1950. He served on the destroyer the USS Ault working as a Class “A” Radarman during the Korean War and traveled around the world, crossing the equator several times. During that time, he was awarded the United Nations National Defense Good Conduct Medal and the National Defense Korean Service Medal.

He was preceded in death by his parents and four sisters: Virginia Plummer, Emmie Frazier, Margaret Moore, and Patricia Hyatt.

He is survived by his wife, Helene; a daughter, Holly Ann and her husband Jack Zaldivar of San Antonio, Texas; a son, Jason Charles, and his wife, Michelle Harrill of Chandler, Ariz.; and a brother, R. Joseph Harrill of Venice, Fla. Also surviving is a granddaughter, Gillian Nicole Harrill of Chandler, Ariz.; and two step-grandsons, Jack Zaldiver of New Braunfels, Texas; and Eric Zaldivar, of San Antonio, Texas. In addition, he had two step-great-grandchildren: Alice of New Braunfels, Texas; and Lincoln of San Antonio, Texas; as well as two more great-grandchildren to be born in 2021. Among those who will miss him are several nieces, nephews, and many friends.

COVID-19 restrictions on travel and gatherings are severe at this time, hence no services in Sun Lakes. John’s wishes were to be cremated with interment at Fort Sam Houston in San Antonio, Texas. Interment and a Celebration of Life are planned for mid-June 2021.

We extend a sincere thank you to the caring staff at Amada HomeHealth Care and to John’s special caregiver Tammy Childers. 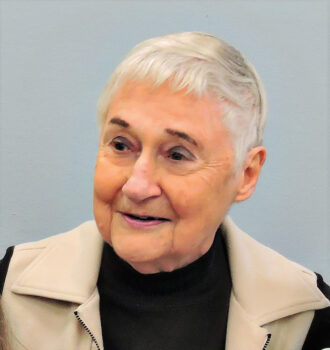 Patricia Ann (Grassel) Rappuhn, 93, passed away while swimming early on Nov. 18, 2020. While this may sound dreadful, swimming was Patricia’s favorite activity and how she started every morning.

Pat’s love of swimming was surpassed only by her volunteer spirit, supporting Chandler and Sun Lakes. Following retirement from nursing in 1979, she and Les Rappuhn moved from Illinois to Arizona due to its early prominence in handicap accessibility, Les having been a paraplegic since World War II. Pat began volunteering at the Chandler Hospital gift shop. Despite her lifelong aversion to candy, the gift shop soon became known for selling far more candy than flowers, cards, or gifts. Thousands of hours of service and many longstanding friendships resulted.

As a dear friend described her, Pat was “into everything.” She was active in the UCC Church, a moderator of the board, made phone calls as part of weekly “member care,” volunteered at the library, and strongly supported Neighbors Who Care.

Pat was inquisitive, and people responded, because they knew of her nursing background and were confident she could be trusted with sensitive information.

An international traveler throughout Europe, she also visited China and Australia.

Married over 50 years, Pat was preceded in death by Les Rappuhn and her dear daughter Beth Ann Snell. She is survived by her son David, five grandchildren and their families, including eight delightful great-grandchildren as well as one great-great grandchild!

In lieu of flowers, donations may be made to the Sun Lakes United Church of Christ. Local to Sun Lakes? You could volunteer at Neighbors Who Care at www.neighborswhocare.com.

A memorial service will be held sometime in 2021 when COVID-19 has been vanquished. That will be some time away, but the memory of Pat, a/k/a “Grammy,” will live on.