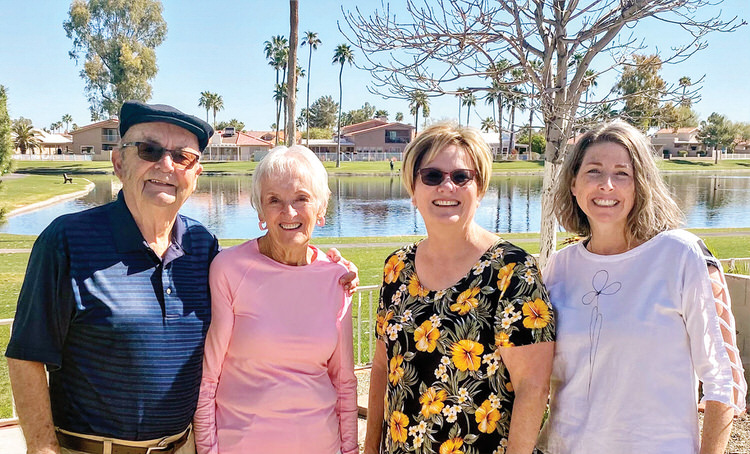 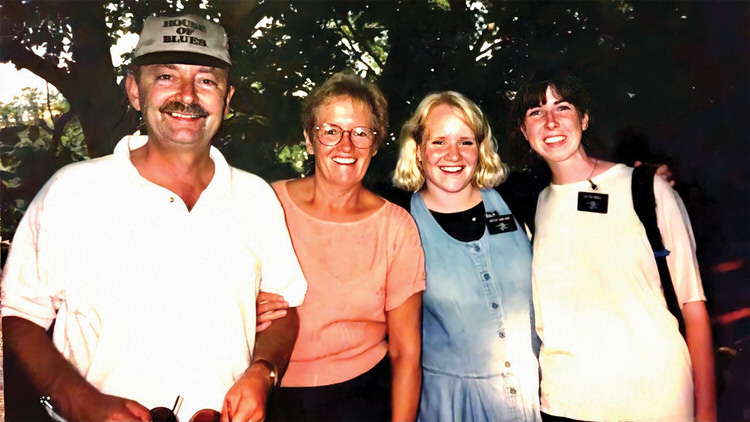 This story begins in September of 1995. My husband Ron and I were in Ljubljana, the capital of Slovenia, visiting my cousin Jeff whose wife worked for the French Foreign Service and was stationed there. We were coming out of a bank near the railway station talking about what to do next. Suddenly, there were two girls coming our way. They heard us speaking English and asked if we were American. We answered that we were from Sun Lakes, Ariz. One of the girls got so excited. She said, “I’m from Chandler!”

That led to a long discussion, first about why they were there. The two girls were serving a mission for The Church of Jesus Christ of Latter-day Saints. When on a mission in those days (prior to cell phones, etc.) missionaries were not able to call home or contact parents. The girl from Chandler was Elise Bogle. She asked us to contact her mother when we got home. We took a photo of the four of us, and they gave us hints on what to see in the area.

When we got back to Sun Lakes, we contacted Elise’s parents Bob and Betty Bogle. Her mom came to our house and talked with us about Elise, and we showed her the photo. She was so grateful to hear from her daughter.

For those who don’t know it, the Bogle family had many acres of farmland north of Sun Lakes where they raised cotton and cattle.

Skip to 2021. A neighbor, Phyllis Schurz, and I started a lunch group called “The Wonderful Women of Watford Way.” We meet once a month. The group had been meeting from September through May for several years. People moved away or passed away, and there were always new ladies. One of the ladies who joined us was named Marina Fleetwood. Several months later, at a WWWW luncheon, we were talking about old friends and unusual experiences. I shared my story of Slovenia. Marina asked what the girl’s name was. I couldn’t remember her first name, but I said her last name was Bogle. Marina said, “Was her name Elise?” It was. I was flooded with memories of the l995 encounter. Marina called Elise shortly thereafter, and we all said, “Let’s get together.” It took a while, but on March 18, 2022, we met at Marina’s house (down the street from me) and took another photo. We talked non-stop for over an hour.

Elise is now Elise Bogle Hird. She has three children. Son Kasmir is currently at BYU. Daughter Antoinette is serving a mission for the church in Charlotte, N.C. Daughter Zofya, a recent high school grad, wants to go to school in Slovenia. Elise and her husband Stephen now reside in North Carolina just outside Raleigh. Her father passed away in January, 2015. Her mother still lives in Ocotillo. It is a small world after all.