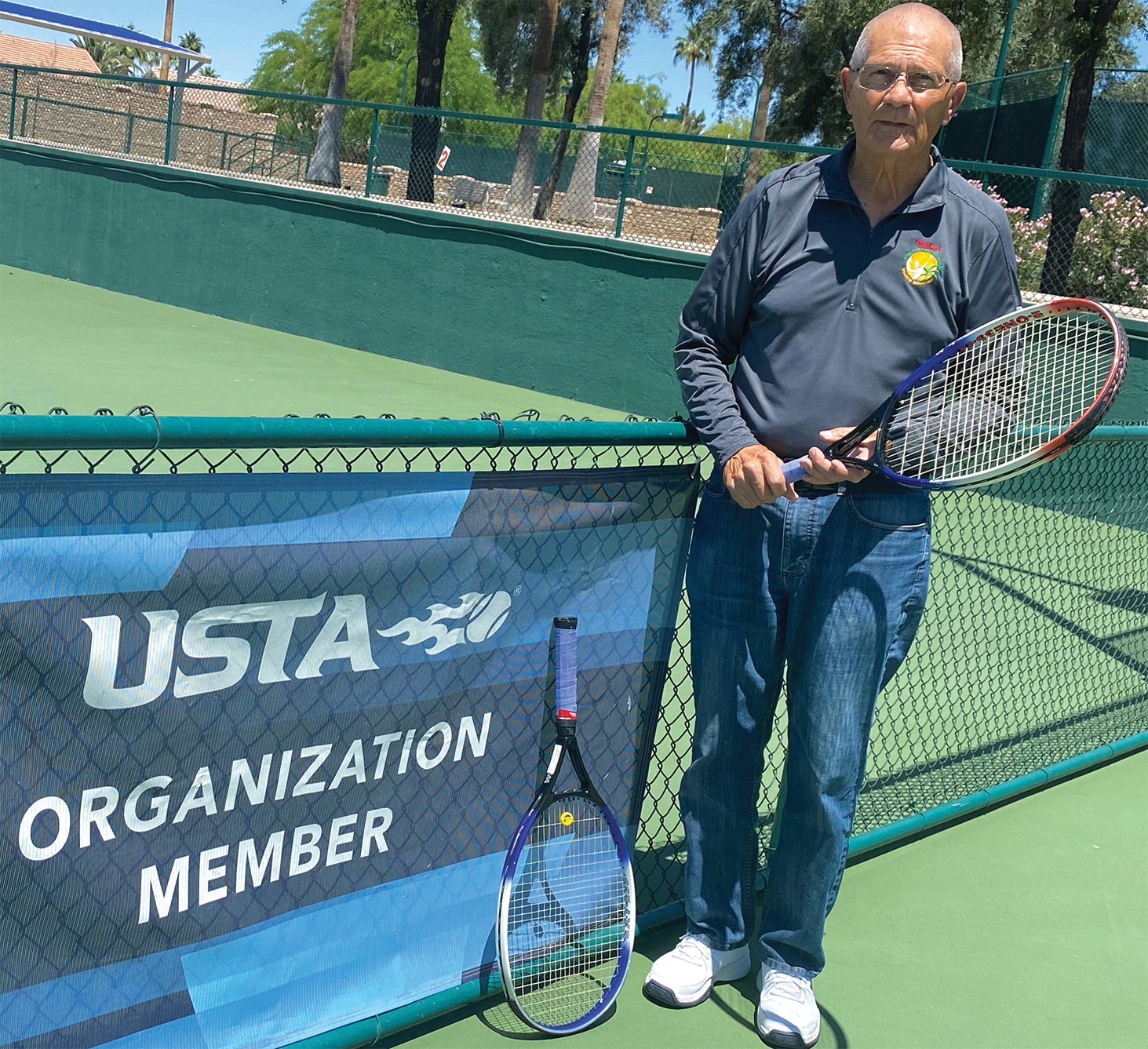 What do you give an avid tennis player who’s turning 90? If you’re Len Paulson’s daughters, you give him a trip to the Wilson World Tennis Classic in Palm Desert, Calif. Len, a member of the IronOaks Tennis Club for over 20 years, repaid their generosity by winning three straight matches, achieving first place in the 90s age division!

The Wilson World Tennis Classic was held from April 1 to 11 at the Shadow Mountain Resort. It attracted 640 elite amateurs from around the nation. Other participants from IronOaks Tennis Club were Jack Sanders, competing in singles, and the team of Leo Lapane and Tim Shum, competing in doubles.

Len has been playing tennis for over 50 years, and he previously won the 85s age division at the World Tennis Classic. He trains at IronOaks and feels that the strength of competition and the wide age range of players that he faces here benefit him when he travels outside the area. One of his younger opponents at IronOaks recently asked him, “Len, when are you going to act your age?!” We hope he answered, “Never!”

Congratulations to Len on this outstanding achievement!