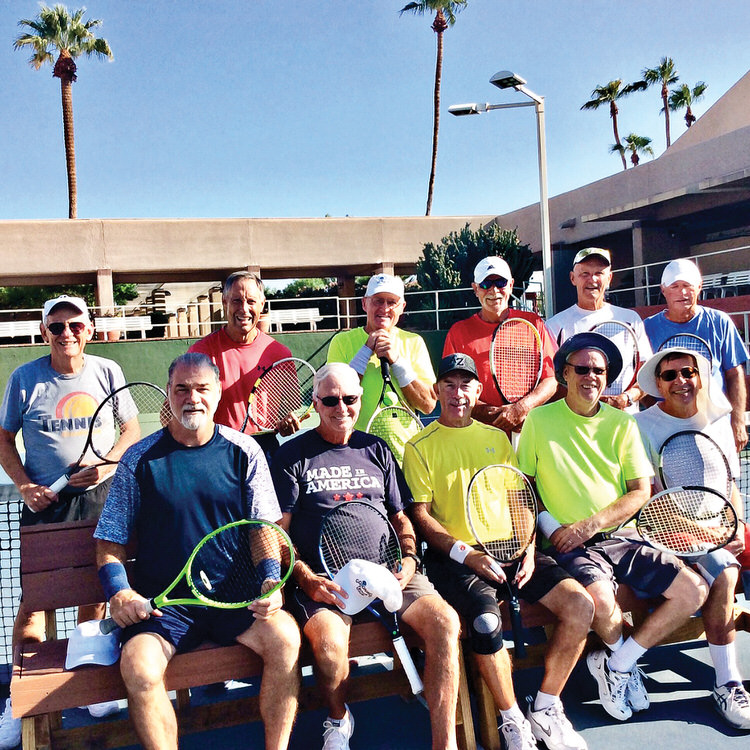 The players in the Thursday Men’s Summer League at Cottonwood are a hardy bunch. While many of us escape to higher elevations, there they are at 8:30 to 10 a.m. on the Cottonwood courts, happily sweating as they compete in the sun.

Leading this collection of “toughies” is Spencer Roberts who also plays in the league. The Summer League plays from May 13 through Sept. 30 (21 weeks). That’s the longest-running league of the year. There is no obligation to play every week. Flexible scheduling is the key to summertime play, since many guys come and go during that period. Players compete whenever they choose by signing up in advance.

Typically, they have 16 to 28 players each week. Over 35 different CTC male members have played so far this year. Play is scored on an individual basis, with each player earning points for games won each week. A winning percentage is calculated for each player based upon the weekly totals. Players are assigned to courts each week with other players with similar winning percentages, so competition is keen.

At the end of the long season, the players with the highest winning percentage in each rating group are recognized. The two groups are Red (the highest) and Green (the next highest). All the players enjoy this type of organization, because they don’t have to be available every week, as is true of other leagues.