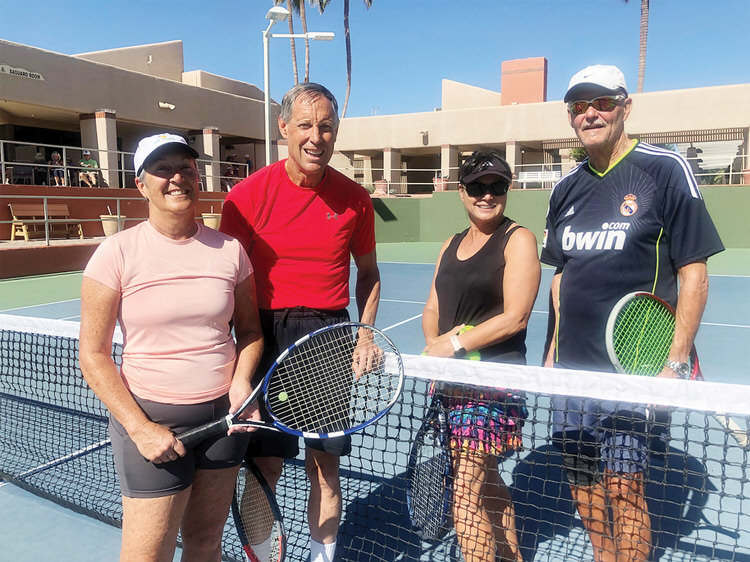 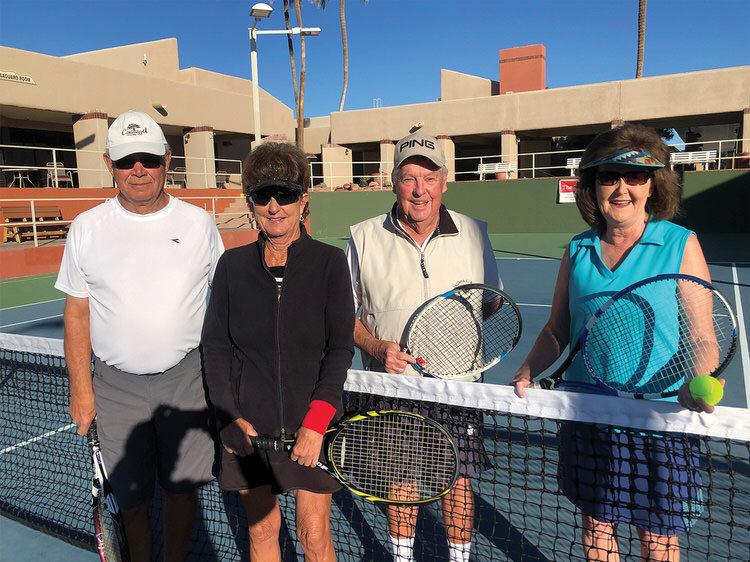 Cottonwood’s Mixed Doubles Tournament was one of the best this season. It began on Sunday, Feb. 6, and play concluded on Saturday, Feb. 12. A report on the winners was in the March Splash. But one thing was wrong. The captions under two of the three photos were incorrect. Due to unclear directions given to the Splash, the winners in the Red category were identified as the winners in the Blue category. We asked to have the photos reprinted with the correct IDs, and the Splash generously agreed. The photos here are identified with the correct names. OOPS!