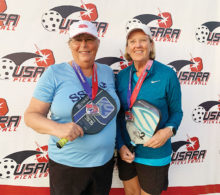 Jamie Noblit, Sun Lakes, and Cheryl Stice won the Silver Medal in the Women’s Doubles 4.0 65-69 at the Southwest Regionals. 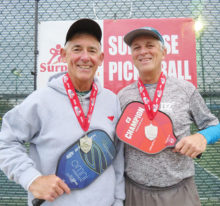 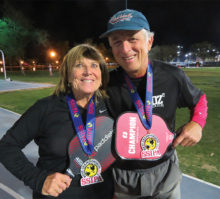 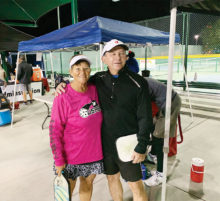 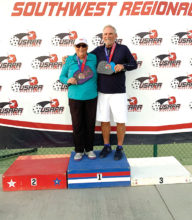 Jamie Nobilt and Don Paven won the gold medal in the 4.0 65-69 Mixed Doubles at the Southwest Regionals Pickleball Tournament. 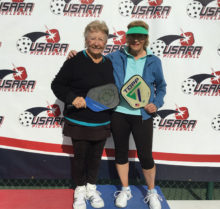 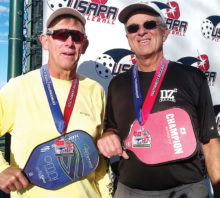 If any Sun Lakes resident has won a medal in a pickleball tournament and would like it to be added to the “Pickleball Winner’s Corner,” please send photo, name of the tournament and division to Janet Myrick at [email protected]