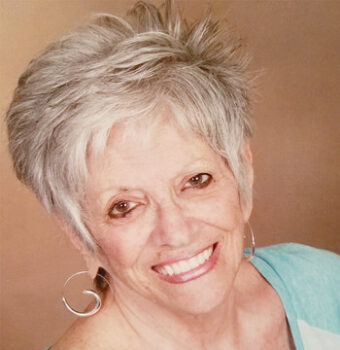 A Sun Lakes Italian American Club meeting was held on March 8, at Cottonwood Country Club, and the group said thank you to the leadership of the club before the installation of new officers for  2021-22 took place at the end of the meeting.

Jacqueline accepted the duties of President of the Sun Lakes Italian American Club when our dear resident Michael Edward Smith went to heaven to be with God on Feb. 6, 2018. She was later elected as president in May of 2018, and continued in that role due to the COVID-19 regulations and cancelling of group activities.

Little did we know that not only did the club gain a gifted president, but she also had been a private surgical nurse and worked for 15 years in New Jersey with doctors at the hospital, as well as their offices. In 1972, she relocated to Washington, D.C., and accepted a position with Georgetown University Hospital in the Surgical Department. Later, she joined the federal government, and after time, enlisted in the United States Naval Reserve that involved active-duty time, along with a one-weekend-a-month demand. She received the United States Meritorious Service Medal Award and is a proud veteran.

She worked for the Federal Government Department of the Navy for 24 years and retired from the position of Management Consultant for the Navy Auditor General. In 1980, she earned a real estate license, and for 10 years was an associate broker with Realty One Group in Gilbert, Ariz.

Twenty-two years ago, she met her outstanding and devoted husband John Platt, who also is of Italian descent. They were married by her oldest brother who is a priest. Father Russell Ruffino was ordained a Roman Catholic Priest in the Vatican in 1958, and Jacqueline and her mother flew to Rome for the ordination. Her brother arranged for the two to have a private secluded audience with Pope Pius XII, which was and still is a most treasured and unforgettable experience and memory.

Jacqueline is also an author and has had many articles published in the Sun Lakes Splash newspaper over the years.

Jacqueline has devoted much time by helping the club grow in membership and attendance, and has brought in multiple speakers and events featuring Italian culture, foods, wine, businesses, and talented personalities to present to the group. She and her committee provided wonderful Christmas parties and delicious Italian dinner menus every month, working with the Cottonwood Country Club personnel. She made the meetings enlightening, joyful, organized, fun, and kept us smiling and motivated to return again for the next meeting or event sponsored by the Sun Lakes Italian American Club. We are so grateful for the sharing of your multiple talents.

Thank you, Jacqueline and all the officers and members and guests who attended meetings. Thank you, Cottonwood staff and all who enabled us to hold our dinner meetings at Cottonwood Country Club. You are all appreciated so much.