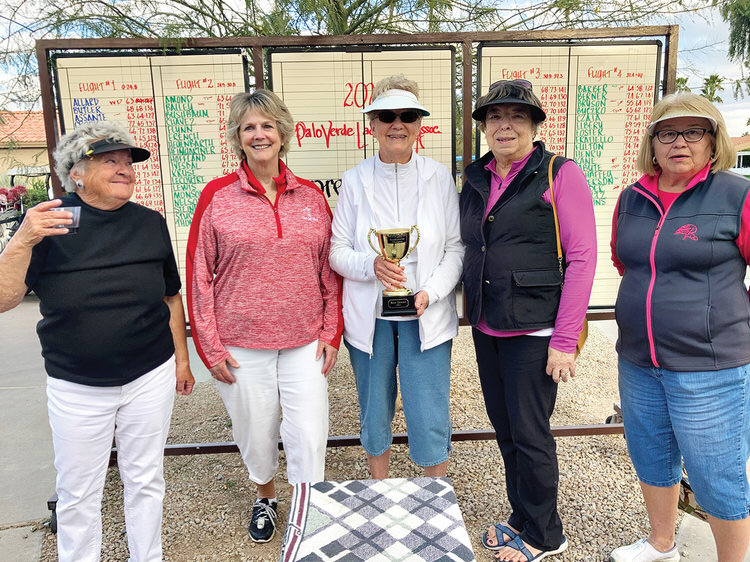 The Palo Verde Ladies played their Presidents Cup (low net) tournament on Feb. 15 and 22. Everyone had a great time trying for a low net victory. Refreshments were served after the March 22 round to congratulate the flight winners and Presidents Cup Champion Diana Ridd.

Our club had a very busy March, as we played our Member-Guest Tournament on March 15 and our Club Championship on March 22 and 29. Look for all winners in next month’s Splash.