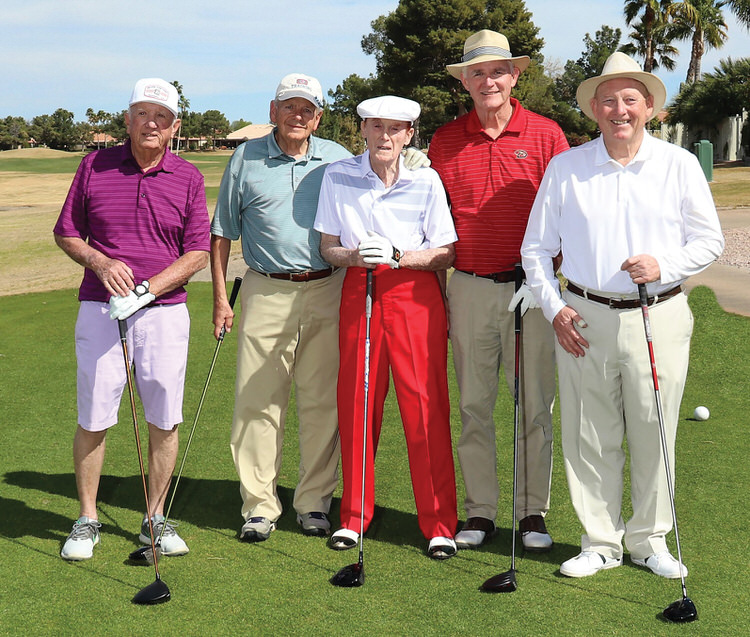 In a statement released by Sun Lakes resident, Rotary Club of Sun Lakes (RCSL) past Club President Gary Whiting, “RCSL celebrates 36 years—the club was chartered on April 22, 1986. RCSL was chartered with 15 members, with Allan Gustafson elected as club president. The club is known as the “Education Club” because of its youth/teacher projects, programs, and scholarships. The club has participated in many Rotary International (RI), community service and educational projects through RI’s Foundation and local fundraisers/sponsors.

From a start of 15 members to a high of 140 members, the club now balances between 80 to 90 men and women members. In 2000-01, RCSL was recognized by RI as one of the top 50 largest Rotary clubs in the world, winning the 21st Century Challenge Award. RI celebrated its 100th year in 2004-05, when Mr. Whiting served as Arizona RI District 5510 Centennial Governor, overseeing 46 Rotary clubs and 1,648 members.

Wayne Johnson, who just turned 94, is still an active Rotarian for 65 years and the only remaining RCSL charter member. Mr. Johnson has served as club president, many other positions, and is an RI Paul Harris Fellow. Rarely has Wayne missed a meeting in all these many years. As Wayne says, “If you want to stay young, get involved with your passion,” and for him, that’s about contributing to your own community through Rotary.