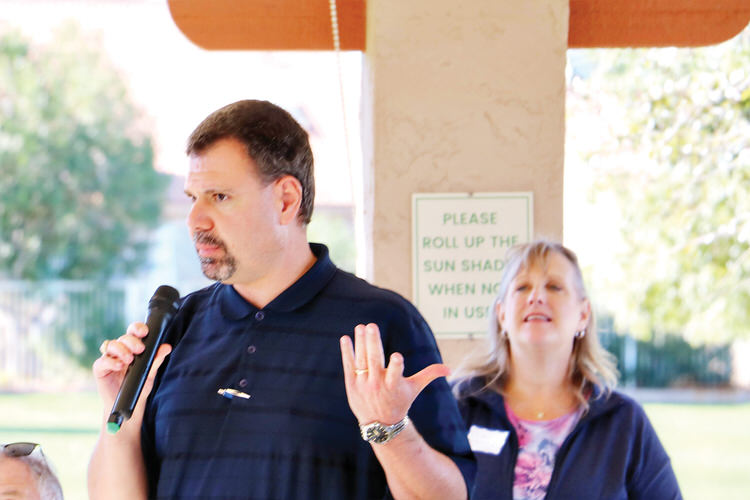 The first half of the Sisk Park Bocce Club’s season was completed on Sunday, Jan. 2, and divisional winners were honored at our awards potluck held at Sisk Park the following Sunday.

A great time was had by all at our potluck with the introduction of John Skoko, sales associate from Coulter Automotive Group of Phoenix, our club sponsor, who provided promotional items that were raffled off to participants. Additionally, new members were registered for the second session, which kicked off on Jan. 16 and will run through March 20.

Any Sun Lakes resident interested in participating in our upcoming season can learn more about our club by going to our club website at www.sunlakesbocceclub.com. If you would like to learn the game or perhaps learn a few tips to improve your game, send our Training Committee an email to the attention of our membership director at [email protected]