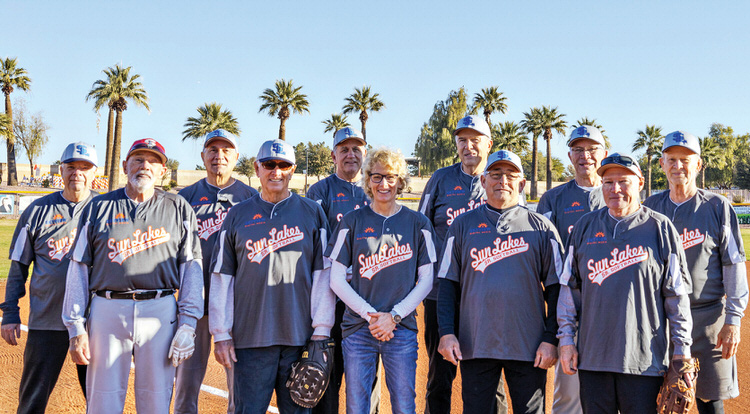 The Skyview Digital Media squad, managed by Bill McCoy, won the Lakes Division’s Winter League pennant with a record of 10 wins, 7 losses, and 1 tie. Manager Gary Hillabolt’s Young Realty Team finished second with a 9-9 record. In the Sun Division, Manager Ron Carmichael led the Wolfe & Associates team to a 13-5 record, just edging by Manager Randy Neumann’s Spooner PT crew, which finished one game back with a 12-6 mark. Congrats to both championship teams.

As you read this, our Spring Sessions are in full swing. Check out our website www.sunlakessoftball.com for up-to-date news and stats. Also, check out other articles in this edition of the Splash for recaps of the Winter Tournaments.

A big thank you goes out to Dan Schneider, owner of Aluma-Line, Inc., for renewing his advertising banner. Aluma-Line has been an advertising sponsor every year since 2003! Go to the Sponsors page on our website for links to Aluma-Line and all our other sponsors. Support Our Sponsors!