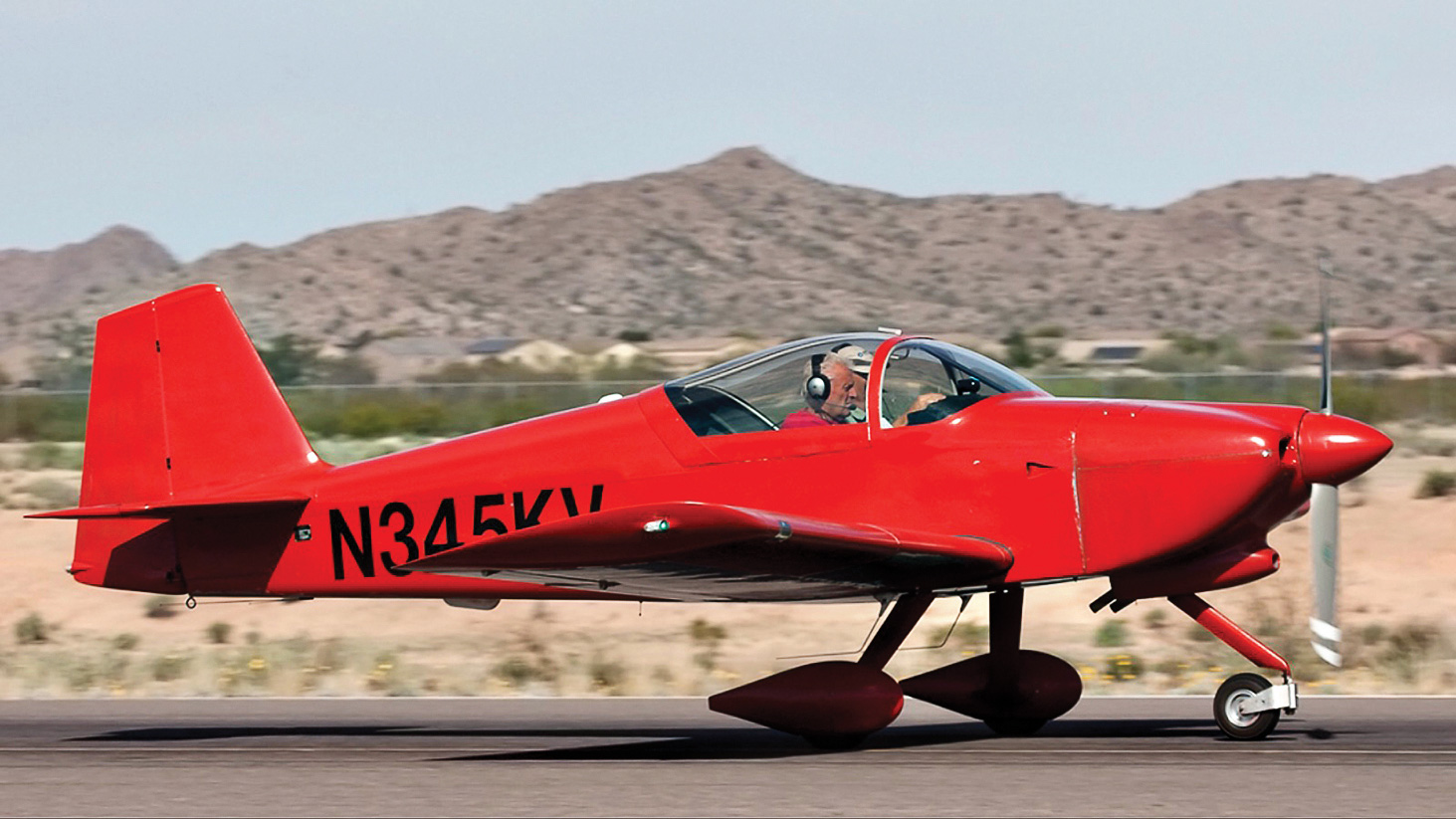 Although the Sun Lakes Aero Club has been inactive for more than a year because of the COVID-19 virus, several members continue to fly their aircraft based at the Chandler Municipal Airport. Pictured is a RAV-6 owned by Cannon Hill.

The Sun Lakes Aero Club will be unable to continue its monthly activities until November, according to Cannon Hill, club president.

Because of the COVID-19 virus, the Sun Lakes Country Club, where the club has hosted its monthly gatherings and board of directors’ meetings for years, has closed virtually all of its meeting rooms until September.

Hopefully, the club will begin its regularly-scheduled gatherings in the club’s Navajo Room Nov. 15, featuring a yet-to-be-determined speaker.

The club has been inactive since February, 2020, when local resident David Vangness briefed the club on his experiences flying missions worldwide in B-52 Stratofortress bombers.

Other club activities, including March and April gatherings featuring presentations by airshow and test pilot Bob Bishop, and noted aircraft historian Bob Evans, had to be canceled because of the virus.

On a positive note, Hill pointed out that local pilots can attend regularly-scheduled Breakfast Fly-Ins at the Coolidge Municipal Airport the first Saturday of each month. He reported that the February event was attended by up to 30 airplanes, and many visitors who drove in for the activity.

The Sun Lakes Aero Club is an official, sanctioned Sun Lakes organization open to Sun Lakes and other pilots and persons interested in any aspect of aviation. Members have included local current and retired pilots and airline pilots; veterans of World War II, the Korean, Vietnam, and Desert Storm conflicts; sailplane pilots; model airplane enthusiasts; former flight attendants; acrobatic pilots; and many others.