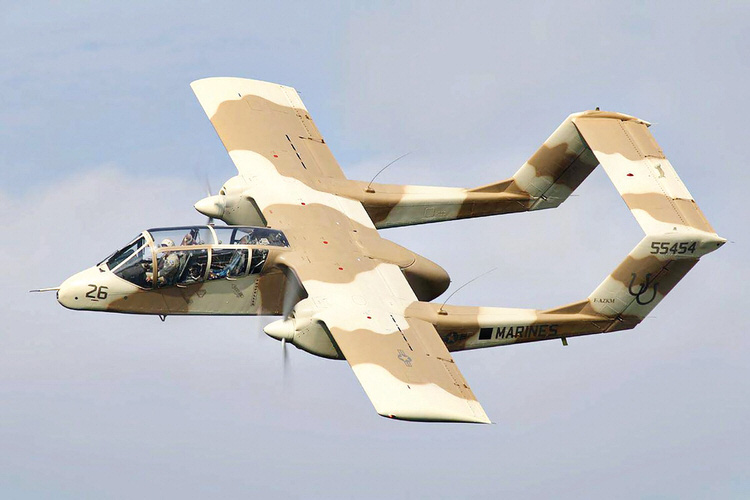 Lt. Col. Robert Denison will describe his 1,000 combat hours in Vietnam during a presentation at the Sun Lakes Aero Club’s Dec. 20 gathering. Most of those hours were flown in a North American Rockwell OV-10 aircraft like the one pictured.

A retired U.S. Air Force pilot who logged some 1,000 hours of combat time in Vietnam will be the featured speaker at the Sun Lakes Aero Club gathering on Monday, Dec. 20, at the Sun Lakes Country Club Navajo Room.

The event begins with coffee and camaraderie at 6:30 p.m., followed by the presentation at 7 p.m. The public is invited to attend.

Lt. Col. Robert Denison served as a combat pilot in Vietnam, flying a North American Rockwell OV-10 Bronco during 1970-71. The Bronco is a twin turboprop, light observation aircraft. It was developed during the 1960s as a special aircraft for counter-insurgency combat. One of its primary missions was as a forward air control aircraft.

During his flying career, which included 5,000 flying hours, he was awarded the Legion of Merit, the Distinguished Flying Cross, the Soldier’s Medal, two Meritorious Service Medals, and the Air Medal with 13 Oak Leaf Clusters. He retired in 1978 with 24 years of active-duty service.

The Sun Lakes Aero Club is an officially sanctioned Sun Lakes organization open to Sun Lakes and other pilots and persons interested in any aspect of aviation. Members have included local current and retired pilots and airline pilots; veterans of World War II, the Korean, Vietnam, and Desert Storm conflicts; sailplane pilots; model airplane enthusiasts; former flight attendants; acrobatic pilots; and many others.