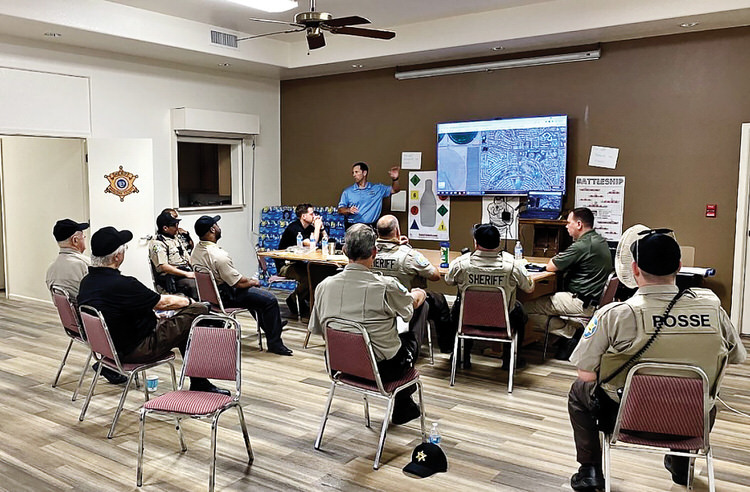 On Aug. 31, 2021, Sun Lakes Sheriff’s Posse members, alongside deputies and detectives from the Maricopa County Sheriff’s Office (MCSO), assisted with search efforts for a local Sun Lakes resident who had been reported missing. Called upon for immediate action and assistance by MCSO, Posse members reported to the Sun Lakes Sheriff’s Posse office from locations around the Valley and instantly took to the streets to provide as many eyes and ears as possible in the search for the missing Sun Lakes resident. After several hours of searches having been conducted in Sun Lakes and in the surrounding areas by patrols on foot, by vehicle, and even by air with MCSO drones and the MCSO Air Unit, a brief pause for updates, debriefing, and a re-positioning of search efforts was held. Shortly after new search efforts were underway, the missing Sun Lakes resident was located, deceased.

Although the result of the events of Aug. 31, 2021, are grim and very unfortunate, the efforts of MCSO and of the Sun Lakes Sheriff’s Posse demonstrate the ability and, above all else, the dedication and desire of the office and of the Posse to jump into action and serve the community in any way possible. The Sun Lakes Sheriff’s Posse and MCSO would like to thank the members of the community for extending their cooperation in the search effort, especially during the hazardous periods of high humidity and temperatures at the time.