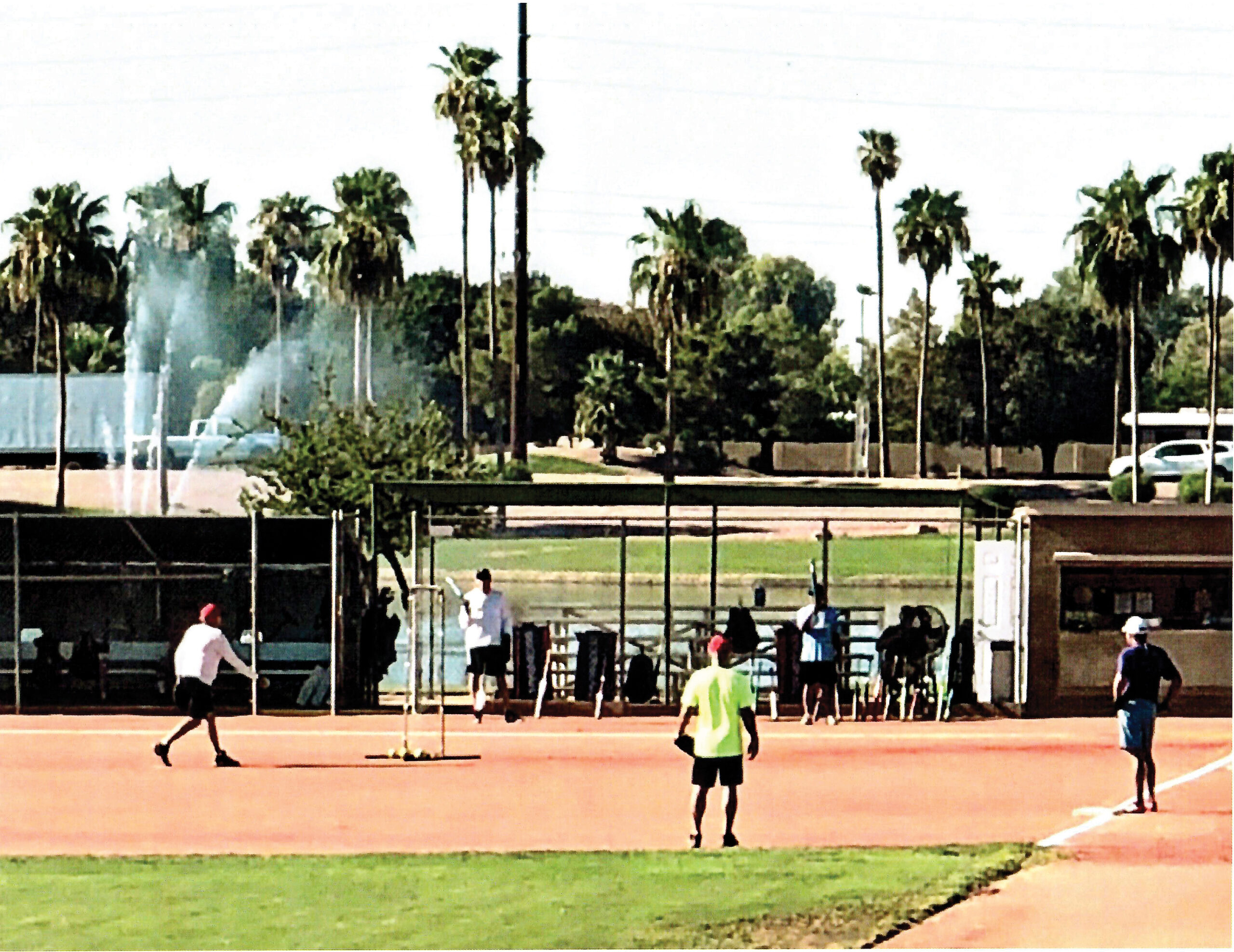 Thirty-five years ago, in September 1985, Jack Lander of Cottonwood put a notice in the Sun Lakes Splash newspaper requesting that anyone interested in participating in a senior softball program should meet up in a Cottonwood meeting room at a time and date lost in the annals of history. About a dozen guys showed up, and that was the birth of Sun Lakes softball.

The first softball field was at the intersection of Minnesota Avenue and EJ Robson Boulevard, with Riggs Road being the northern boundary of that makeshift field. The Robson organization was a big help in getting the program off the ground. Besides allowing the fledgling group to use that parcel of land, Robson provided the first balls, bats, flat rubber bases, and a pitcher’s rubber. In the beginning, there was no backstop or fence. If a player hit a ball onto Robson Boulevard, it was an automatic homerun!

There weren’t enough guys for a Sun Lakes league, so a travel team was formed. The first game was in 1986 against a team from Apache Junction. Jack said, “They beat us by a score of about 100 to nothing!” But the program was underway.

The first “real field” was built in 1988 where the Baptist Church is now located at the corner of Riggs and Dobson Roads. That field was only used for a little over a year. Field number three was built where the Sun Lakes Library is now located. That would be the home of Sun Lakes softball from 1990 until 2002 when the current Field of Dreams was built near the intersection of Riggs and Price Roads.

In 1989 there were two travel teams, and by 1990 there were enough players to form a four-team league. The program continued to expand over the years and now includes two four-team leagues, a less formal recreational program, and a ladies team. Total participants now average around 130 to 140, including players, umpires, scorekeepers, scoreboard operators, and field maintenance guys.

Due to COVID-19, our full program has been cut back significantly, but we’re hoping to get back to the good old days sometime this fall. In the meantime, the field has been reopened for informal play, including batting practice and pick-up games.

We were all saddened to learn of the unexpected passing of member Rick Oien’s life partner Linda Hadler. Our thoughts and prayers are with Rick and his family during this difficult time.

Check out our website, www.sunlakessoftball.com, for up-to-date news and announcements.