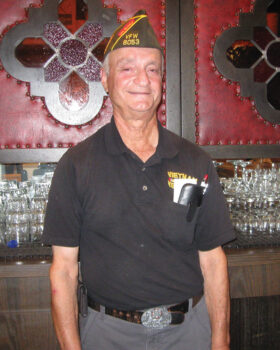 This month, the Veterans of Foreign Wars (VFW) and all patriotic Americans are celebrating the 75th anniversary of the end of World War II. We thank the many thousands of veterans who fought in that war, and in the military conflicts since World War II: the Korean Conflict, Vietnam, the Gulf War, and the ongoing conflicts in the Middle East.

We are now in another conflict of a different nature, but still a threat to our nation, our liberty, and freedom. There is a damaging and destructive component in this conflict that looks very similar to the damage seen in a war caused by bombs and fires. However, this threat is one of changing the fundamental structure of our government. It is a threat to our democratic Republic—a government of the people, by the people, and for the people. Our government’s main task is to protect the liberty and freedom of our citizens. This is a force emerging now that again threatens our Republic.

The VFW is an organization of veterans who have served in conflicts overseas and that continues to advocate for freedom, justice, and liberty. Veterans again have an opportunity to serve our nation by voting in the upcoming national election this fall. We encourage our fellow veterans, their families, friends, and neighbors, to vote to help ensure that “We the People” continue to be represented by our democratic Republic form of government. We encourage all members of the VFW and all patriotic Americans to vote on Nov. 3.