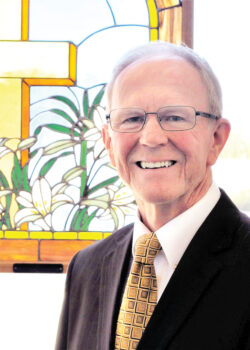 Do you recall the widespread anarchy and mayhem of the late 1960s, especially 1968? It was an election year, the country was rife with violence and racial and political turmoil, and many marches and demonstrations were taking place to protest the unpopular Vietnam War. Furthermore, Robert F. Kennedy had been assassinated, and following the assassination of Martin Luther King, Jr., there were riots in more than 100 cities. And during it all there was a global pandemic! The Hong Kong flu killed more than a million people worldwide. Perhaps there has never been a year in modern history quite like 1968. Until now.

Moreover, there can be no explanation for what happened during those days other than the wondrous work of the Holy Spirit in stirring up a hunger for something so much deeper than society had been offering. Unprecedented numbers of young people were coming to Christ. Multitudes of them were baptized in the ocean. Churches were coming alive. And, eventually, mighty movements of God occurred on college and seminary campuses. The Jesus Movement itself was not perfect, but like previous spiritual awakenings in our country, it began with a powerful move of God’s Spirit that brought conviction and salvation to many in a disillusioned generation searching for answers—in fact, searching for life.

Hence, many of us have been praying during this pandemic that God will use it to show people the brevity of life and their need for God. Pastor Harold Senkbeil has written, “When life caves in, broken and shattered souls need more than human kindness. They need God Himself.” How important it is then that God’s people pray for our country to see that human solutions are ultimately hopeless in terms of changing hearts in the deepest of ways. It will take nothing less than the gospel of Jesus Christ to truly bring lasting change (Romans 1:16).