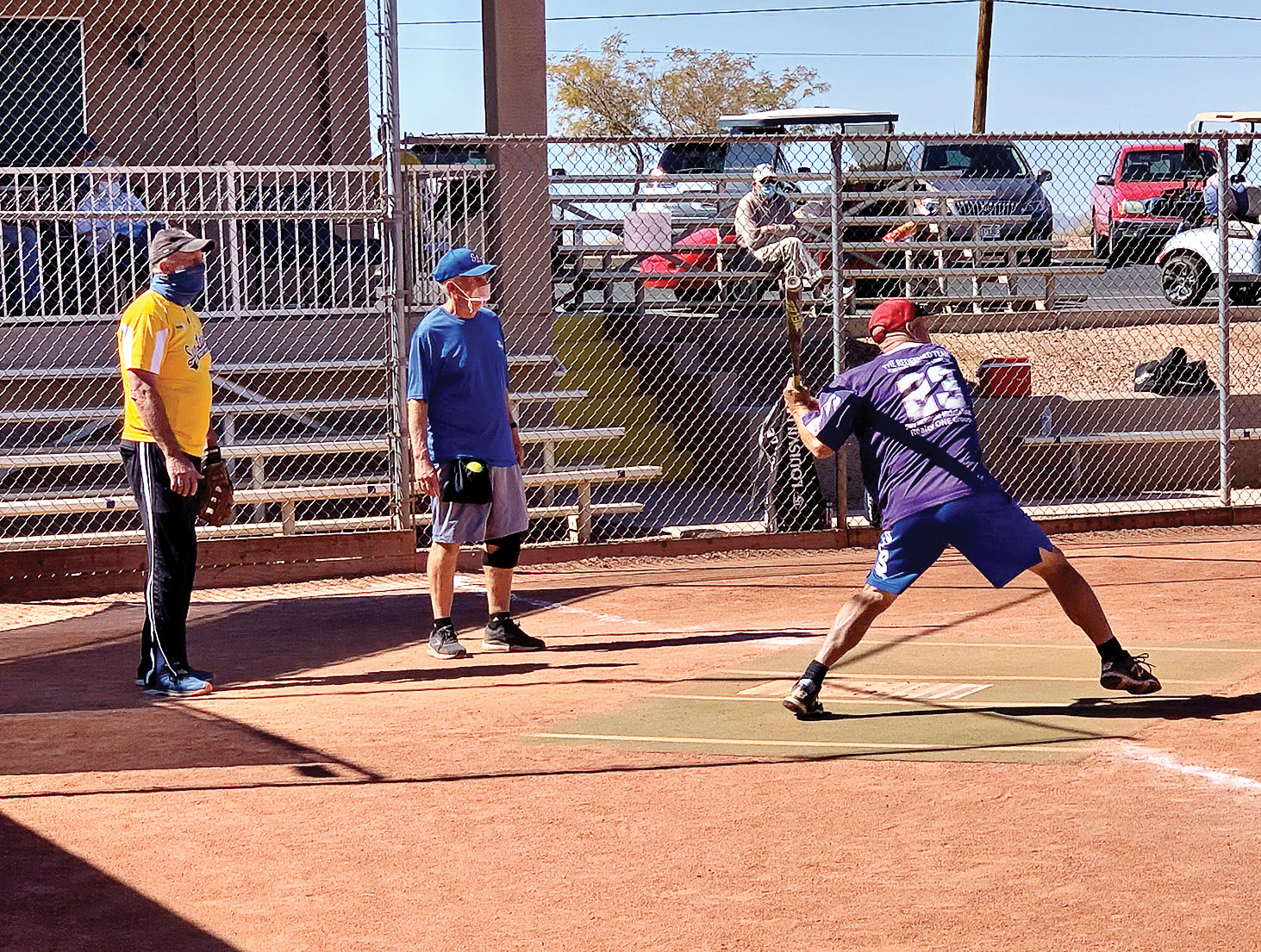 The pennant races were extremely close in both the Lakes and Sun Divisions with A-1 Golf Carts, managed by Vern Rodgers, and Brenden Financial Planning, managed by Ken Brenden, tying for the Lakes Division lead with identical 10-8 marks. Manager Tom Erpelding’s Core Photography squad was only one game off the pace, finishing at 9-9, while Manager Gary Hillabolt’s Young Real Estate team had a 7-11 record.

In the Sun Division the Spooner Physical Therapy team, managed by Randy Neumann, were champions with a record of 11-7, just squeaking by the Leckner Realty team, managed by Dave Platt, which finished with a 10-8 record. Manager Bobby Farmer’s Wolfe & Associates team was close behind at 9-9, while Mike Gloyd’s Redeemed Team Realtors lagged behind at 6-12. The pennant race went down to the last day of the season with Spooner PT needing to win one of two games scheduled against the Redeemed Team. They did that in the first game of the doubleheader, winning a hard-fought contest by the score of 16-13. Congratulations to all our Spring League champions.

Tom Lorgan won the Lakes Division batting title with a .744 average, just beating out Frank Rouse, who finished the season at .742. Tim Loeffler and Vern Rodgers each had seven homers to lead the division.

In the Sun Division, Bobby Farmer was the batting champ with a robust .823 average. He also led the division in long balls with 56, an all-time Sun Lakes record, but just one more than lefty slugger Mike Lebet’s 55.

We’ll recap all the 2020-21 statistics in a future edition of the Splash. If you can’t stand the suspense, go to the Stats Page on our website, www.sunlakessoftball.com. We also conducted seeded, season-ending tournaments in both divisions which took place after the press deadline. We’ll cover those tournament results in next month’s Splash.

Additionally, we have a less formal Summer League. The schedules and rosters were not available at press time; however, they may also be found on our website.

Thanks to the following for renewing their advertising banners at the Field of Dreams:

* A-1 Golf Carts and owner Lowell Peterson (advertisers since 2003)

We also welcome Mickey Zarr, the Zarr of Real Estate, as a new sponsor.

Links to these and all our other sponsors’ websites may be found on the Sponsors Page of our website. SOS!: Support Our Sponsors!