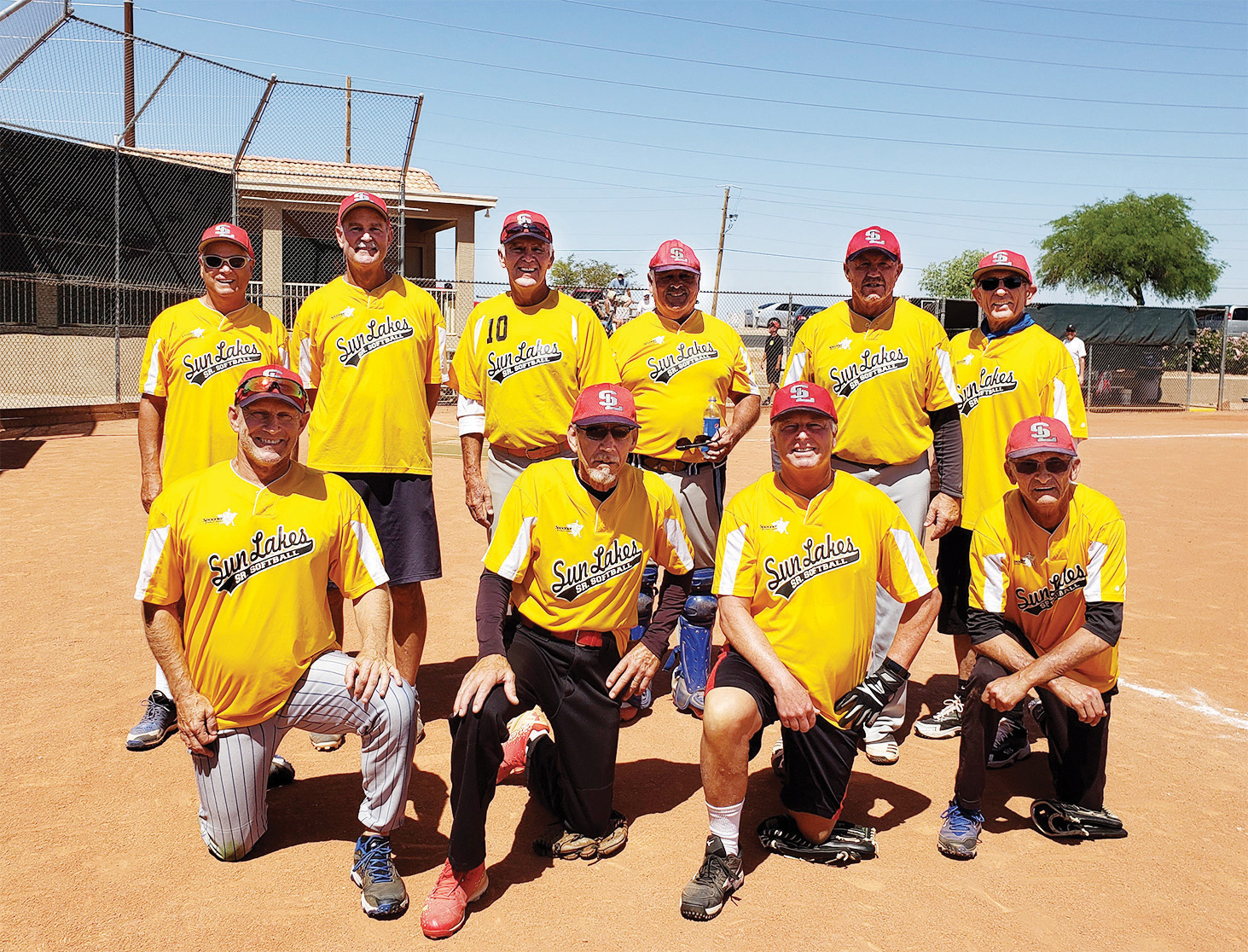 The number one seeded A-1 Golf Carts team, managed by Vern Rodgers, fought their way back through the losers’ bracket to win the Lakes Division Spring Softball Tournament. Here’s a recap of the games:

In the opener, the Young Realty Team, managed by Gary Hillabolt, beat Manager Ken Brenden’s Financial Planning squad 17-10. Gene Granquist and Manager Hillabolt led the winners’ attack with four hits each. Mike Willits had four hits for the Planners. In game 2, Core Photography, managed by Tom Erpelding, upset A-1 Golf Carts by a 23-16 count. The Photographers banged out 26 hits, to go along with 11 walks, to coast to victory.

A-1 turned the tables on day two, cruising to a 23-10 victory over Brenden Financial, eliminating the Planners. Tim Loeffler led the Golfers’ offense with five hits, including a homer. Doug Warwick also had five hits. They were supported by Vern Rodgers, David Boone, and Jerry Giesinger, with four hits each. Rodgers also homered.

In game four, Core Photography rolled to a 19-7 win over Young Realty. Ernie Flores and Paul Eskridge homered for the Photographers, who were greatly aided by 12 free passes. They also pounded out 17 hits.

On the final day of the tourney, A-1 steamrolled past Young Realty 22-10, eliminating the Realtors. Jim Entwistle, Manny Verdusco, and Larry Maggard had four hits each for the winners, while Frank Rouse and Vern Rodgers added three each, with Rodgers homering. That set the stage for a rematch between A-1 and Core Photography in the Championship game.

A-1 eked out a 12-9 win in the finale. It was a close contest, with Core Photography having the tying run at the plate in the final inning; however, they couldn’t score. Manager Rodgers led A-1 with three hits, including another homer. Jerry Smith and Mark Durban also had three safeties each. Congratulations to the Golfers for battling their way back to capture the championship.