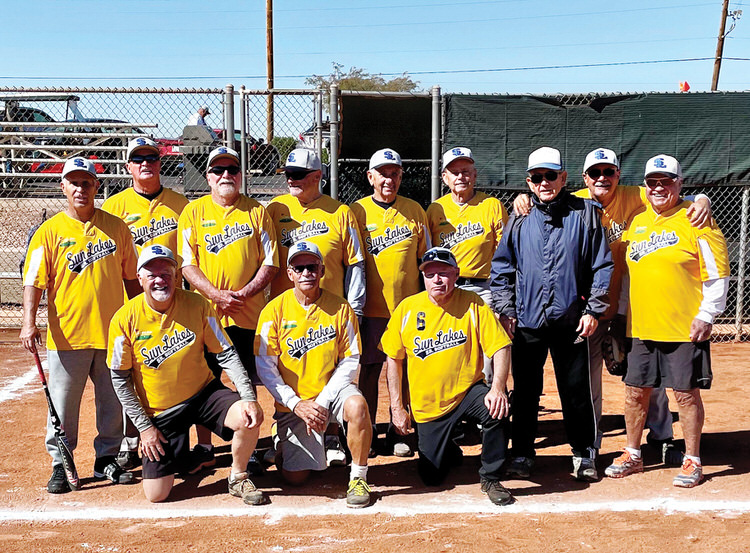 After finishing the regular Winter Season with an 8-10 record, good for last place in the Lakes Division, hopes were not high entering the Winter Tournament for Manager Joe Commisto’s A-1 Golf Cart-sponsored team. However, they surprised the number one-seeded Skyview Digital Media crew in the opening game with an 18-12 victory. Wayne Newman led the Golfers with four hits. He was supported by four teammates who stroked three hits each. Ken Brenden and Steve Schaider had four hits each for the Drones.

In game two, the Young Home Team Realtors beat Core Photography 21-14, with Ken Brenden leading the way, reaching base five times. Jeff Jay and Jerry Smith had four safeties each for the Photographers.

In the third game, the A-1 Golfers continued rolling with a fairly easy 24-14 victory over the Young Home Team. Jeff Jay and Tim Loeffler led the Golfers attack with five hits each, while Frank Tanner, Jerry Smith, and Terry Zeltinger added four each.

In game five, the Young Home Team Realtors eliminated Core Photography with a 14-9 win. Mike Willits and Terry Zeltinger had three hits each for the winners, while Dave Boone smacked four safeties for the losing squad. Brian Brockman had three hits, including a long homer, and Duke Garoutte added three hits of his own.

In the championship contest, the A-1 Golfers jumped out to an early 9-2 lead and coasted to a 23-11 victory. It was the culmination of their magic run from last to champs. The Golfers banged out a total of 31 hits, with Jerry Smith and Frank Tanner leading the way with five each. Congratulations to Manager Commisto and his squad for a stunning tourney win!