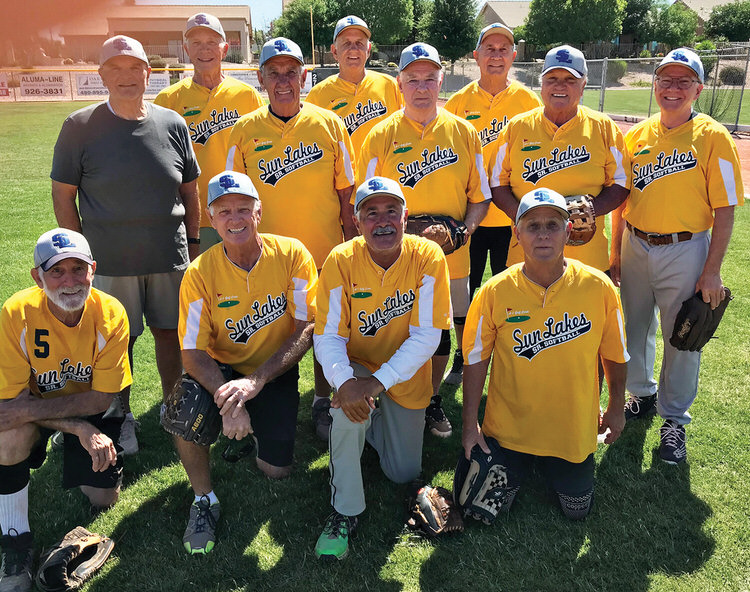 A-1 edged the number one-seeded Core Photography team 15-13 in game three. Lakes Division batting champ Tom Lorgan and Gene Granquist both had three hits to lead the Golfers. Dennis Bernaiche had four hits for the Photographers.

The Young Home Team surprised the number one-seeded Photographers in game five, eliminating them from the tourney with an 18-14 win. In a well-balanced attack, four players had three hits each: Dan Malachuk, Frank Rouse, Don Scoggins, and John Seigla. Dennis Bernaiche, Bill McCoy, and Manny Verdusco paced the Photographers with three safeties each.

In the low-scoring championship game, the A-1 Golfers bested the Young Realtors 10-5. Tom Lorgan led the Golfers with three hits, while Tim Loeffler added another homer. No one on the Realtors team had more than two hits, as the team was held to a total of only eight. Congratulations to Manager Joe Commisto and the A-1 Golf Cart-sponsored club!

Tim Loeffler was the hitting star of the tournament, leading all hitters with a .857 average, 1.737 slugging percentage, and five home runs. Tom Lorgan (.818) and Dennis Bernaiche (.800) also had great stats.

The tournament was a great finale to our 2021-22 season. A cook-out and awards ceremony was held between games on day two, with leftovers still available on championship day. The festivities were enjoyed by large crowds throughout the tournament. As the Brooklyn Dodger fans used to say, “Wait ‘til next year! It’ll be even better!”