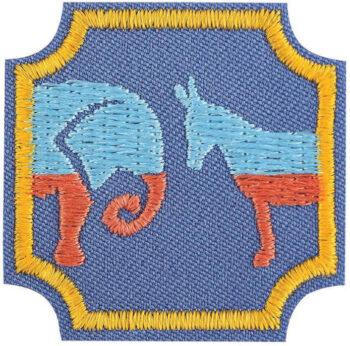 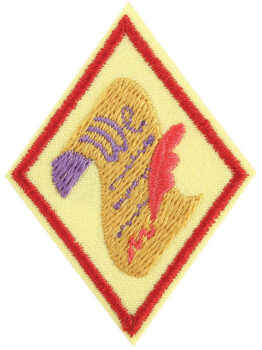 The Girl Scout Democracy Badge teaches girls about the way local, state, and federal governments operate and how they function at different levels to keep society running and working for all American citizens. We posed the question to ourselves: how to make history and civics exciting, engaging, meaningful, and, frankly, fun, to tween and teen girls.

Both Democracy Badge Workshop sessions featured Arizona women in politics: Mayor of Phoenix Kate Gallego and AZ House Representative Jennifer Pawlik, both Girl Scouts. Each guest talked about their political positions and how they overcame challenges in their careers.

Mayor Gallego spoke to 6-8 grade Cadette girls throughout Arizona in the morning session. She gave the girls some advice, “I am the second woman to be elected Phoenix Mayor. I was a little nervous, but just because the person who has a job doesn’t look like you, doesn’t mean you can’t do it. Don’t be held back by being a little different, to go after the job you want.” Phoenix is the largest city in the United States that has a majority of women in elected office, including the police chief and the fire chief. Mayor Gallego also pointed out that Arizona is home to the first woman Supreme Court Justice, Sandra Day O’Connor, and the youngest woman elected to the Senate, Kyrsten Sinema, both Girl Scouts.

Jennifer Pawlik, District 17 legislator for AZ State House of Representatives, joined grades 9-12 and spoke to Girl Scout Seniors and Ambassadors throughout Arizona. When asked why she got into politics, longtime teacher Jennifer Pawlik said to the girls, “I didn’t feel like teachers’ voices were being heard at the Arizona State Capitol. If I wasn’t willing to step up to make a positive change, then I needed to quit complaining! I listen to people and have an open-door policy. I really want to work with people, regardless of party, to get things fixed so we live in a better world.” Many girls in this afternoon session talked about being first-time voters in the Nov. 3 election.

The Girl Scouts Democracy Badge emphasized to the girls that every citizen has a voice through their vote and that every vote counts. Did the girls learn about American democracy in a way that gave them the building blocks to grow as responsible, engaged citizens? We at AAUW AZ SEV Branch say yes, and with organizations like the AAUW and GSUSA supporting leadership roles for girls and women, we are on an upward trajectory of success and sustainability.