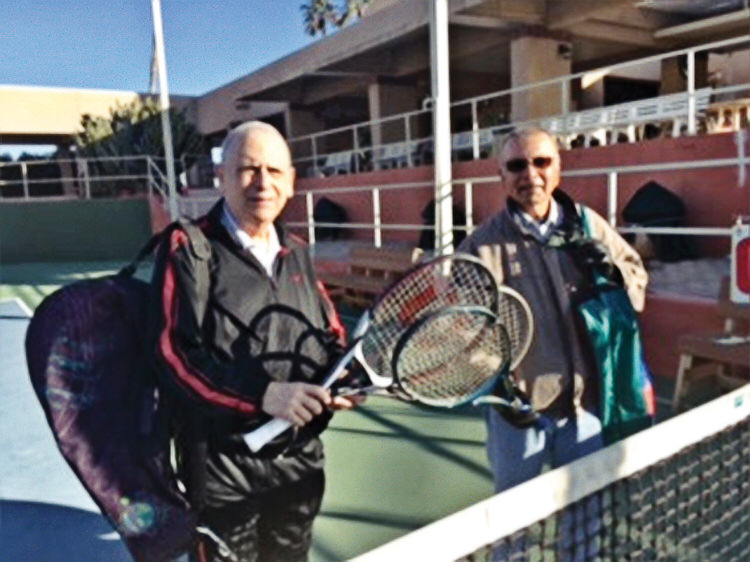 Alan Behr, a longtime member of Cottonwood Tennis Club, has generously donated all his rackets, balls, and other equipment to the club.

He previously lived in Pittsburg, Pa., and Wheeling, W.Va., prior to arriving in Arizona in 2001. For the past 20 years, he has participated in regular Thursday play, as well as the Red and Green leagues and almost all the tournaments. He won the Bradshaw Tournament with Bob Heichelbeck. That was a highlight. The only tournaments he never played were the Mixed Doubles.

Although he loves the game of tennis, he will now be an observer instead of a participant.

“Tennis has been a big part of my life,” he said. He also likes bridge, table tennis, billiards, and computers. He and his wife Marilyn have been married 52 years. They have two sons, Steven (who lives in Maryland) and Craig (who lives in West Virginia), and two grandchildren.