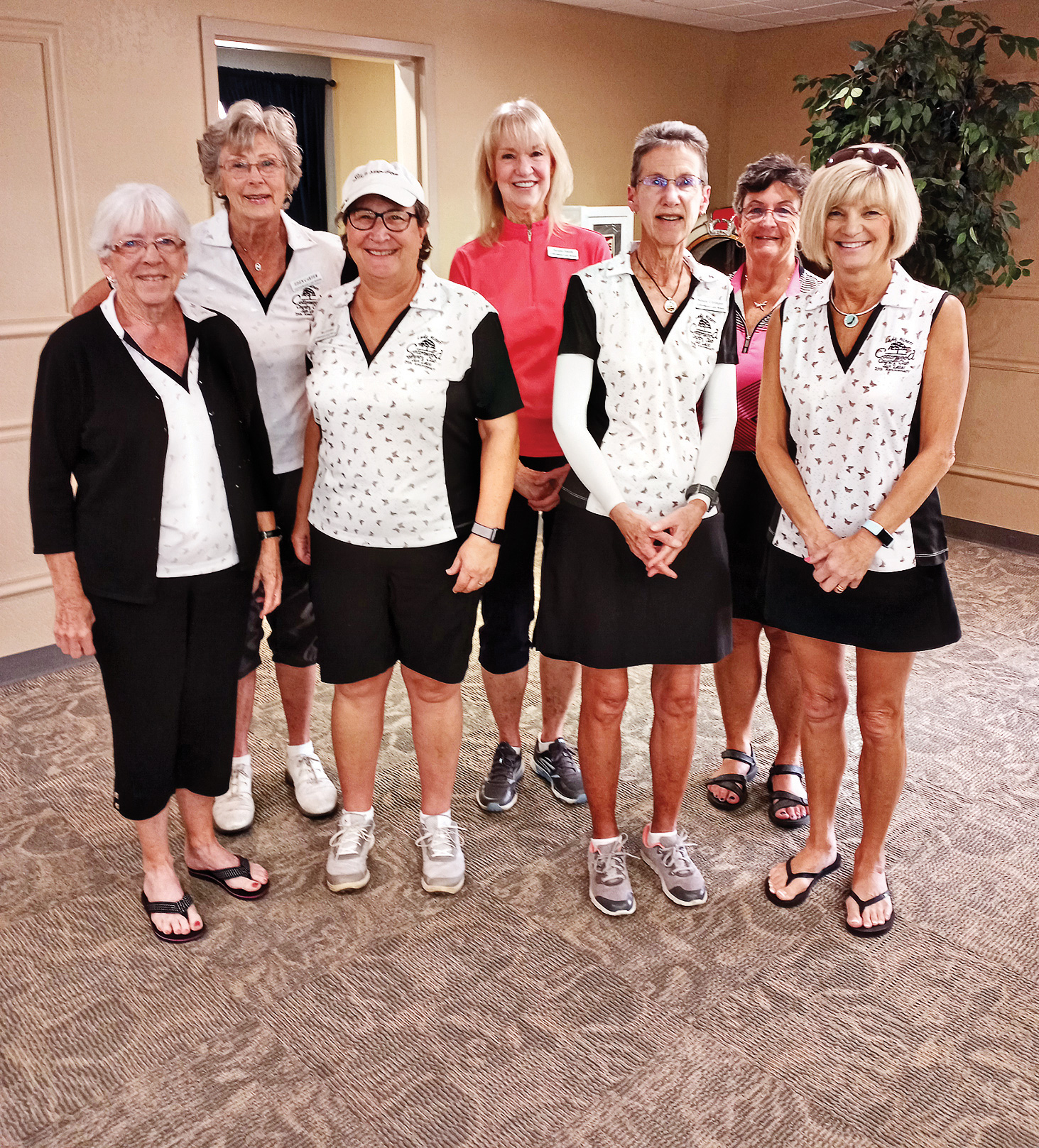 Birdie Pins were also distributed to all members who had birdies this season.

March 18 was the Member Fun Day, in lieu of Member-Guest Day. Play consisted of a four-person scramble team with a St. Patrick’s theme. Lots of shenanigans took place. The Niners have also contributed generously to two charities from this tournament, Hidden Treasures and Rover’s Rest Stop, for over $3,000. Additionally, slightly-used clothing, pet supplies, and miscellaneous household items were also collected over a three-week period.

Time to celebrate—starting April 15, play will resume with shotgun starts at 1 p.m., with a short meeting on the patio at 12:30 p.m., and always a fun time afterwards.

A fun end of year party for all members is being planned for the second week in May.

“Golf can best be defined as an endless series of tragedies obscured by the occasional miracle.” —Anonymous