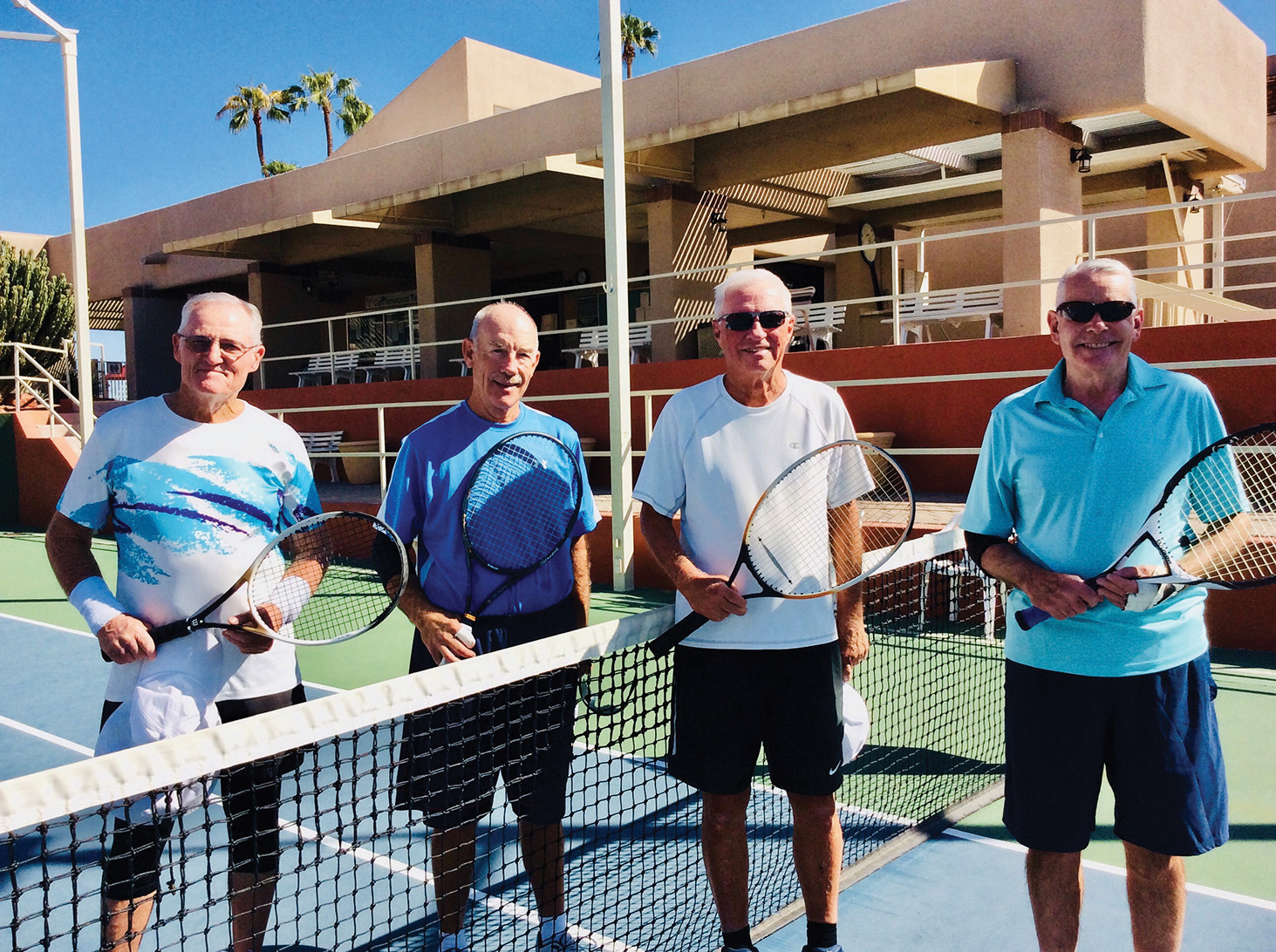 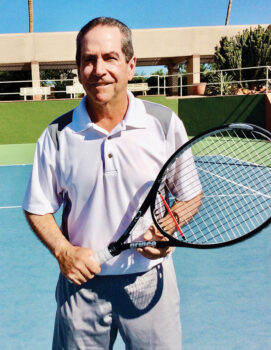 Dave Cain, League Director for the Men’s Thursday group, has some new plans in store for signing up.

Cottonwood Tennis Club (CTC) has canceled most of its tournaments and socials with other clubs, but all is not lost. The men’s and women’s leagues and the sign-ups for daily play are still going on.

League Director Dave Cain of the Men’s Red and Green League, which meets on Thursday mornings, has made some excellent changes to make sign-ups easier in scheduling and providing feedback. League players will now sign-up on-line at the Cottonwood Tennis Club website. “Our winter visitors may sign up while still in Canada or on the east coast,” Dave said. “The players are no longer required to play every Thursday. Players may sign up on the website for only the weeks they want. And they can do that up to four weeks in advance and can check out who has already signed up,” Dave added.

Dave wears many hats during his volunteer time for CTC. He’s served on the Ratings Committee and is the maintenance coordinator for both ball machines and court maintenance (such as installing new nets, score cards, etc.). He is the organizer for a Saturday morning tennis group and for six years has been the fall and spring Men’s Tennis League director.

Dave was born in Canton, Ohio. He received a Master’s Degree in geriatric counseling from Kent State University in 1974. He also met his wife, Linda, there and they recently celebrated their 46th year of marriage. Prior to retiring to Sun Lakes, they lived in Ohio. Dave was I.T. (Information Technology) director for a State Psychiatric Hospital.

Dave began playing tennis at eight years old. He played at Kent State University. When his three daughters were young, he took about 10 years off to help raise his family and coach his girls in sports. In addition to tennis, he loves golf, rides a bicycle about 100 miles a week, and hike and plays with his five (soon to be six) grandsons whenever possible.

Although the Cains have made Sun Lakes their permanent home for the past 10 years, they don’t hang around all summer and travel for four months. Dave drives and Linda is the planner/navigator. FYI, they don’t have an RV. They’ve been to 48 States and nine Canadian Provinces, traveling about 12,000 miles per summer. The only states they have not visited are Massachusetts and Connecticut.

When asked to tell a story about himself, Dave said, “I’m considered the ‘Fun Grandpa’ and am often called ‘MacGyver’ because I can fix anything. I recently started a message board in my backyard facing the walking path on the North Lake. Every day, I write a new message on the board. Usually, they are funny or encouraging. I hope to bring a smile to everyone who reads the board. We all need a smile these days.”