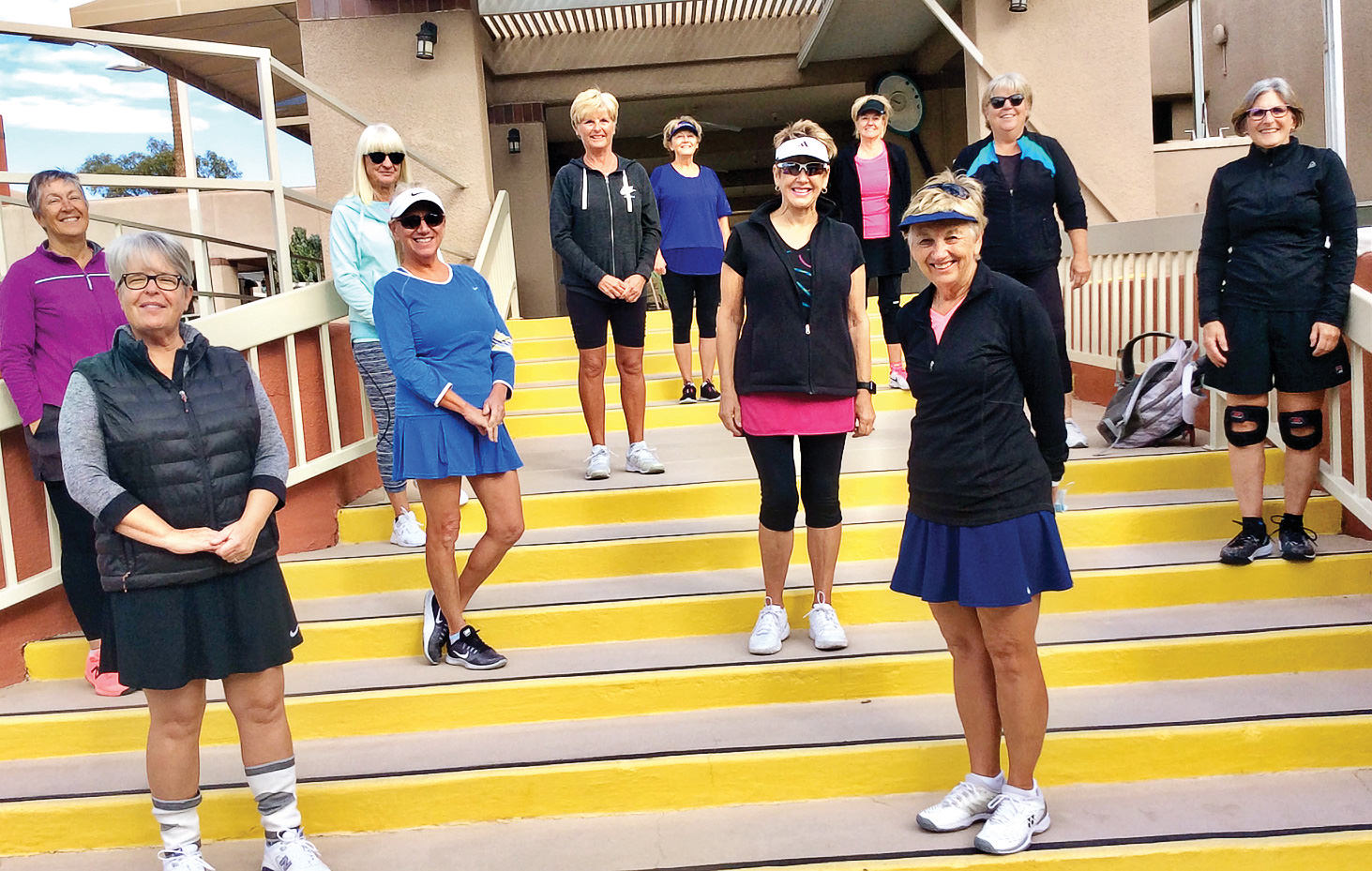 The Women’s Monday League at Cottonwood started Nov. 2, and all 20 participants were delighted to get going. The league is for Red and Green rated players, and the fall session will last seven weeks. This year, the women have adopted the format used by the Thursday Men’s League. Sign-ups are done online, and three sets of eight games are played with no add. Not everyone has to play every week, and play is scheduled based on the percentage of games won.

Director of the Monday League is Kathy Sundsrud, a Red player who has been in Sun Lakes for 16 years. She has been active in all aspects of CTC, including board secretary for two years, co-chair for tournament food committee, co-chair of the CTC club directory, a captain in the Monday League, and now director of the Monday Ladies League. In addition to all this, she enjoys gardening, playing pickleball, and spending time with her grandson and family.

Kathy and her husband Larry have a son Benn, daughter-in-law Rebekah, and grandson Isaac (age 4). Kathy received a bachelor’s degree in nursing at St. Olaf College in Northfield, Minn., and a master’s degree in public health from the University of Minnesota. She was Director of Hubbard County Public Health, and Vice-President at St. Joseph’s Hospital, both in Park Rapids, Minn. She was also a management consultant for rural hospitals, nursing homes, home care agencies, and assisted living organizations.

Now Kathy and Larry spend eight months in Sun Lakes, and four months in Park Rapids. Although Kathy played tennis some while in Minnesota, she became a very active tennis player after starting with Don Neu’s Tennis Clinics. She moved up quickly and is now a Red player, the highest category. Larry is also a Red player on the men’s side. They have played together in the Mixed Doubles Tournament in the Red Division for several years.

When asked for a quote, Kathy responded with the following: “I feel blessed that Larry and I found Sun Lakes. It’s a great place to escape the cold winters of Northern Minnesota. We’ve felt welcome here since our first days and have formed many Sun Lakes friendships through all the activities we’ve participated in—especially tennis.”