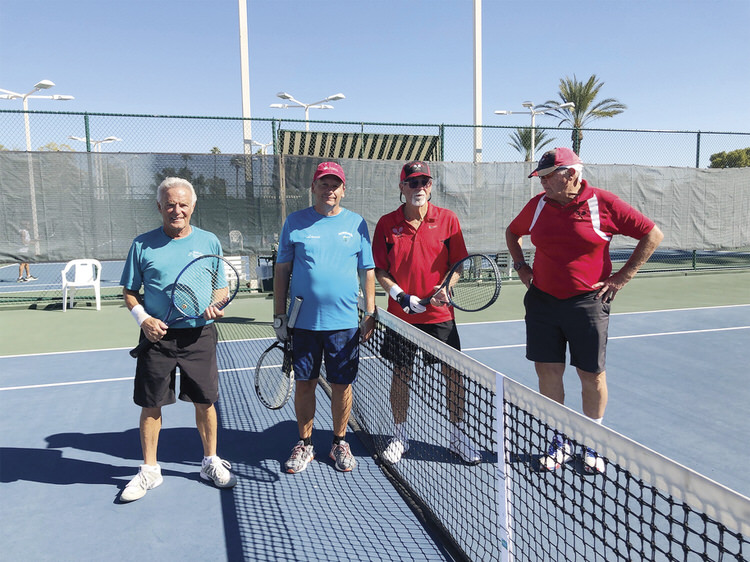 On Oct. 29 Cottonwood Tennis Club (CTC) hosted players from Sun Lakes Country Club and SunBird. A Social is a one-day event designed to bring tennis lovers from the Sun Lakes area together for friendly play, lunch, and desserts. The object, of course, is to win your match, but making new friends from other tennis clubs in the area is a big part of the event.

Everyone enjoyed the matches, but the hit of the day was the food and desserts served from the new Cottonwood Tennis Club kitchen. One man and two women were heard raving about the lunch and desserts. Managing the food court were Martine Blue, Angela Dodge, and Linda Vogelaar. Many of the desserts were homemade and were gobbled up in a hurry. One lady from SunBird commented, “Excellent food and desserts to die for.”

Don’t forget that the free Tennis Clinics on Monday nights and the Thursday evening Drop-In Tennis are open to everyone. No need to be a CTC member to participate.

Another added activity is the Mixed Doubles Friday slot beginning at 1 p.m. every Friday afternoon. It is open to Red and Green players only. The morning session is for Blue and Black players.

Cottonwood Tennis Club also allows people from other communities to join the club. There are 30 slots annually. This year, 20 are taken, but 10 remain. So, if you’d like to be a member, please check with our membership chairperson Susan Hood at [email protected]