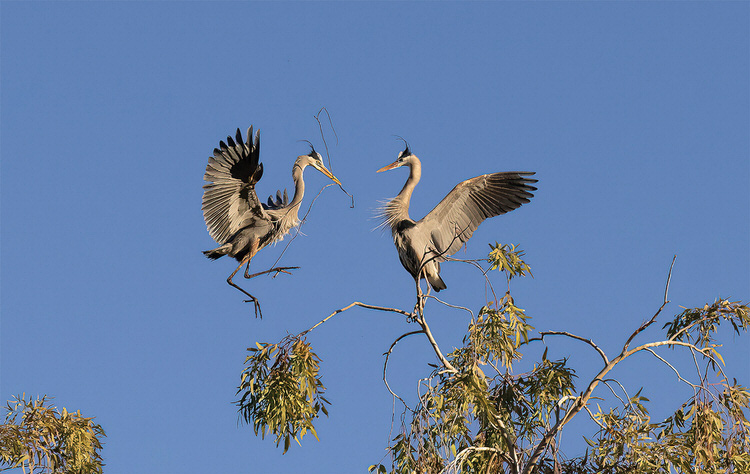 At a recent Camera Club meeting, a presenter asked how many of us used back button focus (BBF.) I was surprised that a relatively small number of hands went up. I had assumed that because it had been a game-changer for me, the majority would have responded positively. It would seem that most photographers have heard of it, but many are either convinced that it’s complicated to learn or simply are not aware of the advantages of the technique. The purpose of this article is to demystify BBF.

Simply put, BBF assigns the focusing function to a button separate from the shutter release, usually one on the back of the camera operated with the thumb, and removes that function (half-press) from the shutter button.

The advantages of this technique:

1. The ability to always keep your camera in continuing focus (AI-Servo Canon, AF-C Nikon) mode both for subjects in motion and for stationery subjects. There is no longer a need to use single-shot mode. To continually focus track a moving subject, simply hold down the focusing button with the thumb. To lock focus on a stationary subject, just release it. The shutter button’s only function then is to release the shutter.

2. The ability to tweak focus at any time manually without having to switch from auto to manual focus with the toggle switch. Just release the autofocusing button and manually adjust focus.

The process involved in setting up your camera to use BBF is different for each make and model. One way to go about it is to read your camera’s manual. Unfortunately, many manuals are poorly written, so you might be better off going online and finding the instructions to set up your specific camera. Such instructions are readily available.

The bottom line and the best argument for using BBF is convenience, as well as the ability of this technique to give you in-focus shots every time. While initially it takes some practice, when muscle memory kicks in, the process becomes automatic and one never thinks about it, so it’s easy to learn. I have yet to meet a photographer who, once having mastered the technique, would ever go back to shutter button focusing.

The Sun Lakes Camera Club (SLCC) meets the first and third Thursdays, from 6:30 to 8:30 p.m., in the Navajo Room of the Sun Lakes Country Club from October through April. For more information about the SLCC and its activities, contact SLCC President Samantha (Sam) Palmatier at 902-727-0334, [email protected], or Past President Lynn Thompson at 480-734-0040 or [email protected], and visit our website at www.sunlakescameraclub.com.