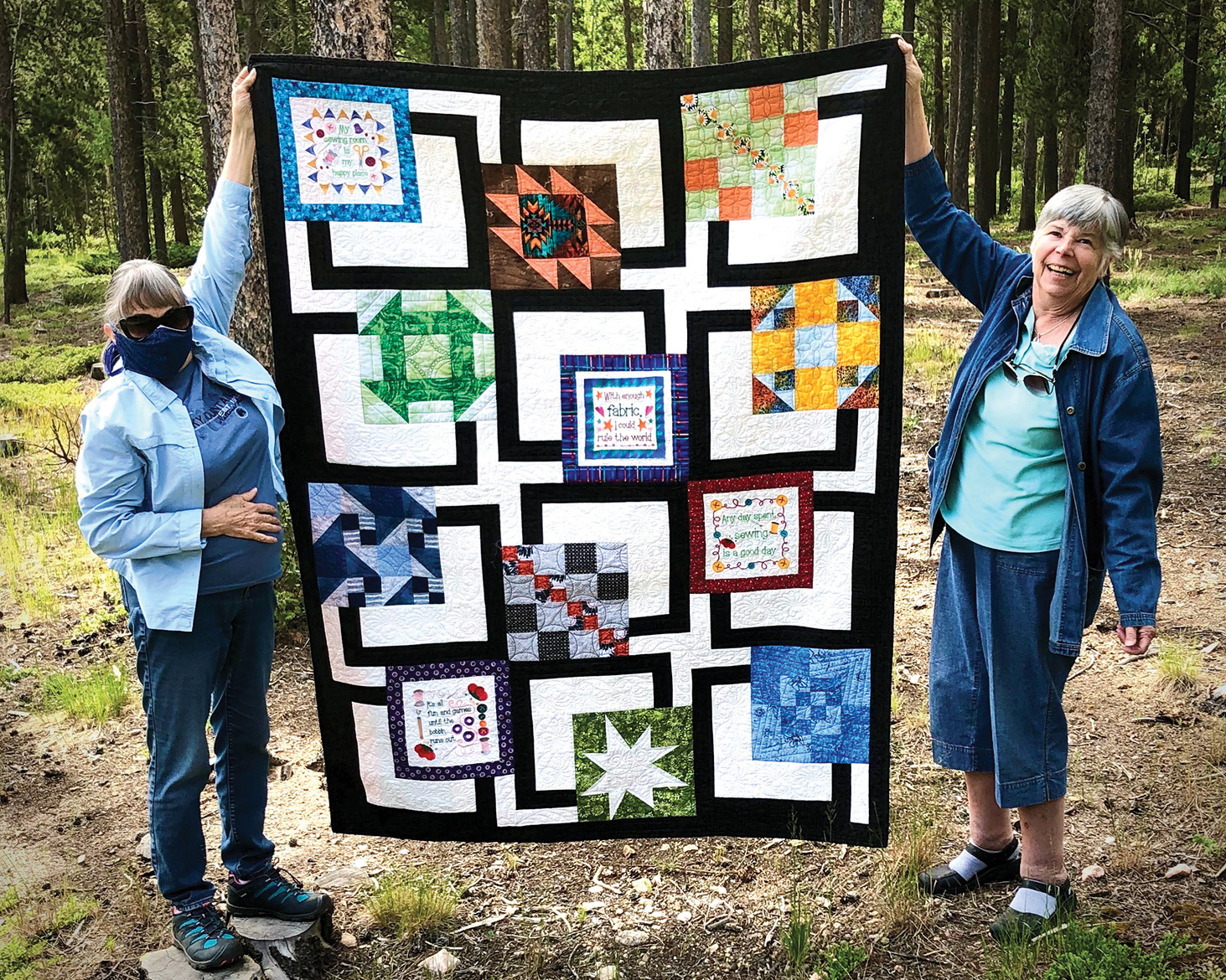 Outgoing President Sue Bart and her neighbor Maureen Sherman are shown displaying Sue’s quilt. We asked Sue to remove her face mask for the picture. Look, they both have on jackets. Ah, to be cool again!

The secret is out. Keeping with tradition, Desert Threads members have for months been secretly making a quilt for Sue Bart. Sue is the outgoing president of Desert Threads. The plan was to award the quilt to Sue during the end-of-the-year May Picnic, which was canceled due to COVID-19. By June, Sue had already traveled to her Colorado summer home. The quilt was mailed to Sue with instructions not to open the box until the planned Zoom meeting.

Sue Bart is the founding president of Desert Threads. Starting with just a handful of volunteers, the club quickly grew to over 50 members in less than two years. The group has been very active, sewing many projects for charities across the Phoenix metro area.

Initially, the executive board decided to suspend all meetings during the summer months. After being slammed by the COVID-19 virus, we decided that meeting virtually during the summer would not only be beneficial to those of us who are quarantined, but fun, too! The regular meeting day is the second Wednesday of each month.

Desert Threads was established to promote the appreciation of quilts through fellowship, education, and community service projects. All skill levels of quilters are welcome to join.