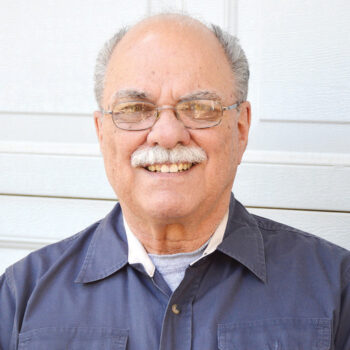 The speaker will be Ray Baxter, Association of Personal Computer User Groups (APCUG) treasurer and president, Payson Area Computer Society. This is a two-part presentation: a quick review of our music listening habits during the last 65 years and a look at today’s download and streaming offerings. From 78s to 45s, LPs, the 8-track tape, cassettes, the Walkman, compact discs, iPods, and more—Ray will cover it all. Ray considers himself an early Rock and Roll historian and has a digital collection of over 45,000 songs that began when he first started collecting records (most of which he still has) in his pre-teenage years. When living in California, he was the president of the Doo-Wop Society of Southern California, a non-profit organization that, for almost 14 years, produced live quarterly musical stage shows featuring vocal groups of the 1950s. This will be a virtual meeting on Zoom on Wednesday, Sept. 2, beginning at 1 p.m.

In August, the club had two educational events. Member Bruce Vantine gave an informative program about what goes on behind the scenes when we click on an Internet link. Then, on Aug. 15, we had six classes to choose from through APCUG’s Virtual Technology Conferences. Two tracks were offered with three classes in each track. Computer Booter’s Webmaster Rob Truman gave one of the classes entitled Fundamentals of Microsoft 365. Rob gave an overview of the many useful apps included in the Microsoft 365. The APCUG classes are free and can be attended using your computer, tablet, or phone with the Zoom.us app. These classes are an exciting benefit for club members. For more information, contact [email protected] or call 480-895-2196.