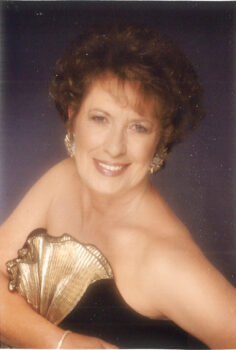 Norene A. Keller Dzingle was born in Elba, Neb., on Aug. 18, 1938. She passed away on March 22, 2021, with her beloved husband. Norene attended schools in Elba, Neb., and graduated with honors while in school. She excelled in sports and cheerleading.

In June, 1956, Norene met and married David Dzingle. They had been married for 64 beautiful years. Norene and David had four extraordinary children who they loved and cherished undeniably.

Dave’s employment with Boeing company led them to Seattle, Wash. Her expertise in data processing led her to work at various insurance companies. They started up a new company together, Dzingle’s Landscaping, LLC, which her two sons operate today. They built a beautiful custom home at the base of Mt. Rainier so Norene could see the mountain through her picture window, which she cherished every day. She enjoyed her home on the saltwater oyster beds, going crab clamming and fishing for salmon. During Dave’s retirement, they also made a home in Sun Lakes, Ariz., for 27 years. She’s made beautiful, lasting friendships here. 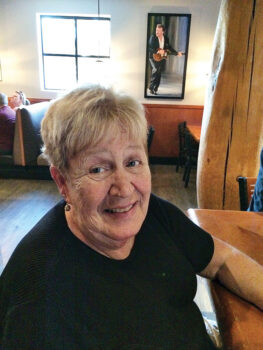 Carol Gould, age 77, passed away Feb. 2, 2021. Her husband and oldest daughter were with her. Carol was born and raised in Cincinnati. With the exception of living in two foreign countries for a year each (Iran and Japan), she lived in Cincinnati until moving to Arizona in January, 2000.

While living in Cincinnati, she focused on raising her daughters and never hesitated to participate and support their activities. After moving to Sun Lakes, Ariz., she enjoyed playing golf, playing Mahjongg, socializing with her friends, traveling to many places in the U.S. and around the world, and cooking (especially trying out new recipes).

She is survived by her husband of 54 years, Frank Gould; her children: Carla Duff (Brian) and Kelly Gould-Benhase (Jeff); her grandchildren: Haley, Regan, and Nolan; and siblings: Virginia DeBrunner and Ray Miller.

There are no plans for a memorial service or Celebration of Life at this time.

Interment will be in the future with her husband Frank in Cincinnati, Ohio. 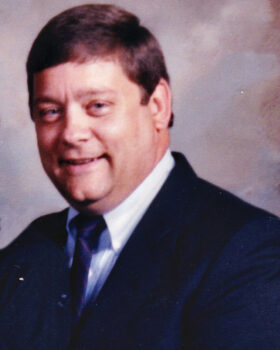 He was a loving husband, proud father and grandfather, avid golfer, skier, and guitar player.

He generously shared his time and talent as an active member of the Lutheran churches in all the places he lived.

Ron was born in 1942 in Sheboygan, Wis. He graduated from high school in 1960, then earned a degree in business at the University of Wisconsin/Oshkosh. Ron married the love of his life, Marcia Ellen Meyer, in 1964. He served in the U.S. Army from 1966 to 1968, stationed in Panama. He went on to a career in business, accounting, and data management, working for major banks, accounting firms, and the Maricopa County Recorder’s Office, retiring in 2006.

In lieu of flowers, donations can be made to Hospice of the Valley. 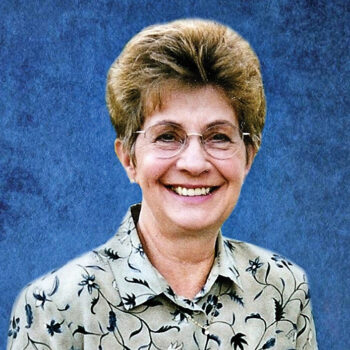 Emily enjoyed 90 years on this earth. She had an affinity for traveling, learning, and reading. Emily was a graduate of St. Peter’s Grammar and High Schools in New Brunswick, N.J. Emily enjoyed school and continued her studies at the College of St. Elizabeth, where she earned a Bachelor of Science degree and later attended Rutgers University Graduate School of Education, where she earned her Master’s in Education. She was elected to Kappa Gamma Pi and Kappa Delta Pi.

Emily worked as an Administrative Assistant in the Sociology department at Rutgers University, where she retired after 32 devoted years.

Emily liked to stay busy and involved in the community. She was proud to be a lifelong member of St. Peter’s Medical Center Auxiliary in New Brunswick, N.J. Emily was also a member of the President’s Council at College of St. Elizabeth and the Southeast Valley Branch of AAUW in Arizona. Her membership in the Red Hat Society brought her pleasure; she enjoyed meeting up with the ladies around town.

Emily is preceded in death by her loving husband, Alexander S. Kosobucki and parents, Henry and Elizabeth Hahn.

She is survived by cousins in the United States. 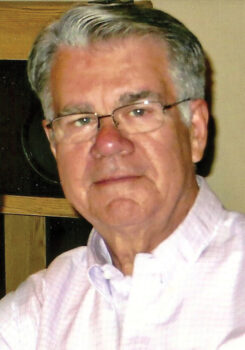 John C. Minahan Jr., passed away on March 25, 2021, at the age of 78 from Parkinson’s disease. He was born March 1, 1943, in Melbourne, Australia, the eldest of five children born to Mavis and John C. Minahan. His father, an officer in the United States Army Air Corp, married his mother during World War II in Australia. Mother and sons were able to travel to the United States in 1946.

He is survived by his wife Onalie Minahan; sons Eliot and Keith, both of California; brother Peter Minahan of Scottsdale, Ariz.; sisters Judy Malloy of Colorado Springs, Colo., and Mary Martin of Brighton, Colo.; granddaughter Grace of California; and many nieces and nephews.

After graduating from college, he joined the U.S. Marine Corp and served from 1965 to 1969, including 13 months in Vietnam. After his discharge from the Marines, as a Captain, he attended law school. His education included Bachelor of Science, University of California, Berkeley, 1965; Juris Doctor Magna Cum Laude, Creighton U, 1973; Master of Laws, Harvard University, 1976. He had a varied career, from being a professor at Vermont Law School, South Royalton, Vt., 1974-1977; partner, Kutak Rock & Campbell, Omaha, 1977-1982; principal, Dixon Dixon & Minahan, PC, Omaha, 1982-1987; to being a Federal Bankruptcy Judge, United States District Court Nebraska, Lincoln, 1987-2001. He was also an adjunct professor at the University of Nebraska School of Law, Lincoln. After retirement, he spent time in Nebraska and Colorado, before making his home in Sun Lakes, Ariz. He loved to read and write poetry, dance, and listen to country music.

He achieved many goals in his life, which included a black belt in Judo, Tia Chi instructor, Marine officer, attorney, law professor, and federal judge.

Memorial Services were held on Thursday, April 14, 2021, at the VA National Memorial Cemetery of Arizona. 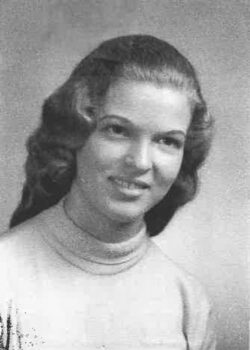 Beloved wife, mother, grandmother, sister, and friend Donna Marie “Campbell” Reese passed away on the evening of May 8, 2021, after a courageous battle with dementia at the age of 78.

Donna loved traveling the world and was able to live in Thailand, where her son Thomas was born. She also lived in Arlington, Va., for a time, Hoffman Estates, Ill., for 20 years, Severna Park, Md., for 15 years, and Sun Lakes, Ariz., for 17 years. Reg and Donna moved to Sun Lakes in 2004, where they built their dream retirement home, complete with a backyard pool. Donna was also an avid reader and enjoyed bowling.

Services will be held at Yurs Funeral Home in St. Charles, Ill. 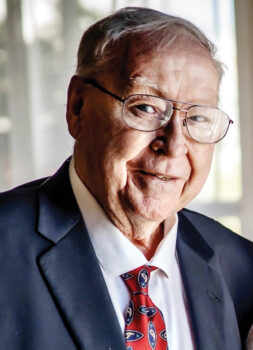 On April 15, 2021, James J. Smyth, Jr., passed away due to cancer. Jim was born in Philadelphia on March 1, 1934, to Mary and James Smyth (Sr.). Jim grew up in Philadelphia where he graduated from North Catholic High School, and he played football, basketball, and baseball while there. After high school, he continued to play many sports, including semi-pro basketball and softball, and he played basketball in many city leagues well into his 40s. He also enjoyed playing tennis and volleyball. Jim enjoyed playing golf well into his 70s.

Jim spent 42 years in sales and auditing for several insurance companies. He proudly served his country for 34 years in the National Guard and Army Reserves. While enlisted, he rose in rank from Private to Master Sergeant. After completing Officer Candidate School (OCS), he rose in rank from 2nd Lieutenant to Colonel before retiring. His accomplishments and awards are too many to list, but know that his family was very proud of him for his accomplishments and service to our country.

Jim spent most of his life in Eastern Pennsylvania, but he moved to Sun Lakes, Ariz., in 1997. He lived there until November of 2020 when he moved to Vail, Ariz., for family support. There, he lived and enjoyed his Johnnie Walker and Crown Royal until he passed.

Jim was preceded in death by his wife of 31 years, Susan (Newhart) Smyth, sons James (III) and Robert, siblings Mary and Janet, parents James (Sr.) and Mary, and grandson Robbie.

Jim is survived by his wife Mary Ellen Bierl Smyth of 11-plus years; children: Kathleen, Ken (wife Korinne), and Mark (wife Kyri); stepchildren: Dennis and Kathy Bierl, Diane and Paul Adam, Darren and Tanya Bierl, Darla and Brian Shawler, Debbie and Andrew McDermott; and 11 step-grandchildren; grandchildren: Juanita, Clyde, Justin, Chris, Kiera, and Kayla; and great-grandchildren Dylen and Raven. He had many nieces and nephews and their families, too.

Jim was loved by all of his family and friends, and he will be missed immensely.

Joan Tener, a pioneer in the world of women in high finance, has passed away in her adopted hometown of Sun Lakes, Ariz., after a courageous battle with a long illness.

Prior to her career in finance, Joan taught English, Latin, and Spanish at Brush and Shaker Heights High Schools, as well as at the Laurel School. In 1972, after becoming a certified financial planner with three years of employment at a national brokerage, she joined Merrill Lynch, Pierce, Fenner and Smith at their offices in Cleveland, Ohio, where she became the brokerage’s first female assistant vice president, advising international investors regarding worldwide investments for 20 years. Her speaking engagements were numerous, and she was celebrated as a trailblazing female financial executive, among the first women in high finance nationwide. She spoke at various venues, including the Union Club, The Cleveland Chamber of Commerce, and other major business organizations, before which she was among the very first female presenters, stoically undeterred from her career goals.

Joan was a founding member of the Ohio Women’s Business Alliance, a respected Case Western Reserve University, Weatherhead School of Business donor, and a lifetime member of Hadassah. 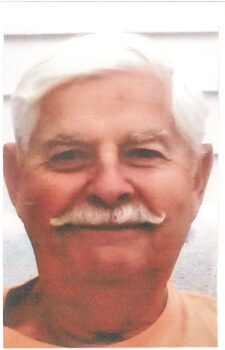 His smile, great sense of humor, passion for life, and his love of God, Country, and family will always be remembered.