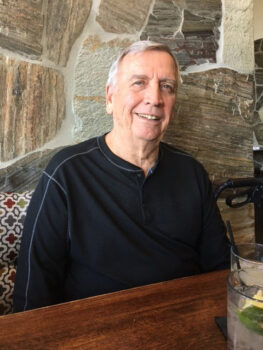 Kirk Gratopp was born March 3, 1944, and passed away June 13, 2021. He had Lewy body dementia and suffered a fall that led to pneumonia. He died peacefully at home. Kirk was born in Wichita, Kan., where he lived with his wife Pat until moving to Sun Lakes, Ariz. He is survived by his wife Pat, brother Kent, step-daughter Tonya (Juan), and three wonderful grandchildren: Emily, Jack, and Maggie.

When Kirk was six years old, his grandfather introduced golf into his life. He played on his high school team and went on to play to a plus 2 handicap. He and his wife moved to Sun Lakes, Ariz., in June of 2014 to be close to family and so he could play as often as he wanted. He joined a great men’s golf group and was able to play at least three times a week until his dementia affected his balance.

Kirk spent four years in the Air Force, where he had a crew that worked on our planes during the Vietnam era. After leaving the Air Force, he went to work for Cessna Aircraft and became an experimental avionics engineer and retired after 30 years.

Kirk was a very kind, loving man who had a great sense of humor. He made me laugh at least 10 times a day. He was so loved and will be missed by his family and friends, but most of all by me. 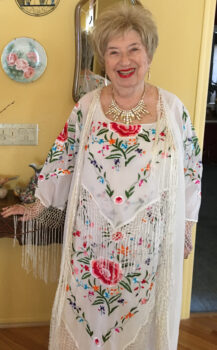 Muriel Gross passed away peacefully in her own home on July 1 at 100 years old. She was a resident of Sun Lake, Ariz., for 28 years.

Muriel was born on Sept. 27, 1920, in Brooklyn, N.Y., to Samuel and Kate Greenberg. She graduated from New Utrecht High School in 1938. She was married to her late husband Milt Gross for 65 years. They relocated to Sun Lakes from Matawan, N.J., where they had lived for 30 years. Prior to retiring, they owned an office supply store in New York City.

Muriel is survived by her daughter Robin Gross and her son-in-law Phil Levinton of Darnestown, Md., and daughter-in-law Robin Desmond of Denver, Colo., as well as an extended family of grandchildren, great-grandchildren, nieces, and nephews. Sadly, her son Keith Gross predeceased her, as did her sister Selma and brother Mark.

Muriel and Milt were members of the Sun Lakes Jewish Congregation where they led several charitable projects, including an annual Thanksgiving Turkey Donation drive and serving food to the needy on Christmas. They donated several rooms at the Veterans Hospital in Phoenix. They were supporters of Neighbors Who Care.

She and her husband loved to travel and have been to many countries all around the world. They spent many summers attending classes in Logan, Utah. They loved Broadway shows and were frequent attendees at theatre events in New York, Arizona, and Utah. They loved to celebrate birthdays and anniversaries by inviting friends to dinner parties.

Muriel loved cooking, all types of crafts including China painting and jewelry making, and decorating her home. She was an avid Audio Books listener once her eyesight failed. She especially loved to get dressed up and go out with friends to dinner.

A Celebration of Life was held on July 19 in Sun Lakes. 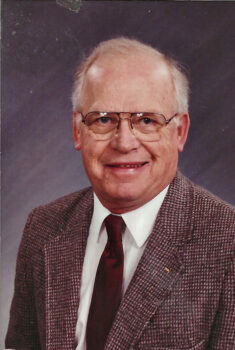 Lester J. “Bud” Horton, 94, a proud veteran and longtime resident of Sun Lakes, Ariz., passed away on June 6, 2021. He was born Sept. 12, 1926, to Lester and Norma (Foss) Horton in Elma, Wash. He attended Montesano High School in Montesano, Wash., before enlisting in the U.S. Navy and deployed prior to graduation. He served in the Pacific Fleet as an Aviation Ordnanceman aboard the USS Antietam during World War II and USS Bairoko during the Korean War.

Bud was married to his first wife Margie (Barton) Horton 42 years until her passing in 1988. Together, they raised three children. He owned a Chevron gas station in Lacey, Wash., followed by a John Deere dealership, before retirement. A child of the Great Depression, Bud was a hardworking and simple man. At age 15, he started working for the local railroad where he saved enough from his meager wage of 90 cents per hour to pay for his own eye surgery that same year.

Bud was married to his second wife Sharon (Padham) Horton 33 years at the time of his passing. The two enjoyed traveling and visiting with friends and were quick to transition from “snowbird” to “permanent” Sun Lakes, Ariz., residents once they experienced living in what they considered “heaven on earth.”

A quiet and humble gentleman, three key events deeply moved Bud in recent years. In 2004 he was one of nine veterans awarded their long-overdue high school diplomas at Hamilton High School’s graduation ceremony organized by VFW Post 8053. In 2014 he participated in an Honor Flight, a tribute to World War II veterans where, with a personal escort, he visited the National World War II Memorial in Washington, D.C. In 2020 and in celebration of the big “94,” he received a surprise birthday parade in front of his house, complete with balloons, signs, sirens, salutes, honks, and handshakes. Each event left him speechless and choked up with gratitude.

Bud was preceded in death by his parents and brother Robert Horton of Yelm, Wash.

Bud will be interred after receiving a service with full military honors at the National Memorial Cemetery of Arizona in Cave Creek, Ariz. His family is organizing a Celebration of Life at the family home in the fall. 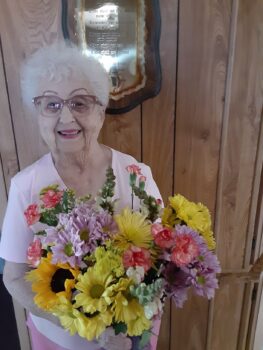 Carole Janet LaRochelle, 87, went to her heavenly reward on Tuesday, June 29, 2021. Carole was the beloved wife of 67 years to Paul LaRochelle; mother of James (Elizabeth), Diane, and Donna (David); grandmother of Michelle, Melinda, Cathryn, Anne, and Sarah; and great-grandmother of Michael.

Carole was born in New York, the only child of James and Ethel Tripler. She grew up going to the beach every summer in Rocky Point, Long Island, N.Y. She lived for the ocean and spent many years searching for the perfect beach. She graduated from Katherine Gibbs Secretarial School and became an executive secretary for the Vice President of Arrow Shirts in Manhattan.

Carole’s priority was caring for her family and friends, and anyone she welcomed into her home became part of the family. Carole enjoyed playing mahjongg, traveling, movies (only for the popcorn with extra butter), and casinos.

She had a warm smile and generous heart and will be truly missed by family and many friends all around the country. A Celebration of Life will be held in September. Contact family for details.