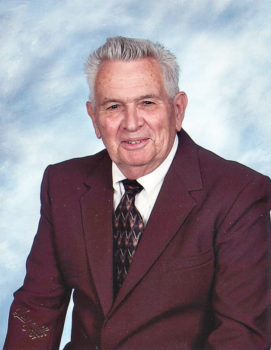 You have heard it said that if you do what you love for a living, you will never work a day in your life. This was especially true for Craig Garrett (Garry) Collins who passed away on June 2, 2020. Born April 17, 1936, in New York City, he was called home to his Savior at age 84 at Archstone Care Center, Chandler, Ariz. Garry is survived by his wife Charlene Collins of Sun Lakes, sister Loni Ingraham of Baltimore, Md., and former wife Polly Collins of Sun Lakes.

Garry’s life was the railroad. As a small child, his playground was the train station. That love grew as he traveled the rails as a young boy, then as a teenager. At age 18, after graduating from Ramsey High in New Jersey, he began working full time for the railroad. He was fortunate to work for nine different railroads during his lifetime, Including New York Central, Santa Fe, Florida East Coast, Rock Island, Union Pacific, Lackawanna, to name a few. Garry worked every occupation they had to offer, from brakeman to porter. He traveled the country and got paid. He was “demoted” into management when the railroad found he was a college graduate. The high point of his career came when he was appointed Director of Strategic Planning for the Eastern United States Railroad Systems. He worked for Congress and USRA, forming Conrail. He graduated with an MBA from University of Miami, served as a U.S. Marine, and was a successful commercial real estate broker, travel agent, and franchise owner of sandwich shops while living in Florida.

His adventures brought him to Sun Lakes in 1992 where he enjoyed being a commercial tour bus driver and limousine driver. He excelled at water skiing and tennis. He constructed many “HO” gauge model railroad layouts. He had no children but has been a “parent” to countless dogs and cats that he loved passionately. He gave them excellent homes and lots of love. He is a Science Care donor and will be interred at a national cemetery.

Dr. Thomas Martin Tank passed away at home in Sun Lakes, Ariz., on May 3, 2020, at age 86. Always active, even through his 80s, he decided that, just two weeks before his passing, landscaping the yard and changing a tire on his beloved golf cart were of utmost importance.

Born in 1933 to Reynold and Mary (Goetz) Tank of Toledo, Ohio, Thomas attended Campion Jesuit High School in Wisconsin. He received two bachelor’s degrees (biology/chemistry and philosophy) and a doctor of medicine degree from Saint Louis University. After a yearlong internship at Bridgeport General Hospital, Connecticut, Thomas completed his residency in neurosurgery at Cleveland Clinic, Ohio.

Thomas remained in Cleveland for 28 years, practicing neurological surgery from 1965 to 1992. While in practice, he earned the recognition of his peers through publications, lectures, symposia, and memberships to many professional societies and committees.

There was never one day when Thomas was not excited to go to work. Through his faith, he believed that hard work and the grace of God-given mastery allowed him to help all his patients.

During retirement, continuing education was a cornerstone of Thomas’ activities. He learned Italian and Spanish, volunteered at the Seton Catholic High School, and actively participated in the Sun Lakes New Adventures in Learning program.

His grounding belief was of family, and of this belief, we all will sorely miss.

Instead of flowers, please make donations to The American Cancer Society or St. Steven’s Ladies Guild of Sun Lakes, Ariz. 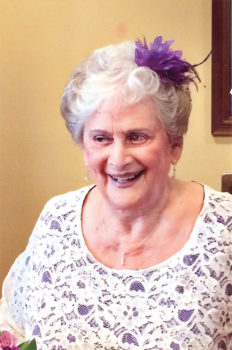 Sydell Bernice Goldfarb Rochman Pascal Ungar, 91 years young, passed away on May 16, 2020, with a heart problem. (This was NOT a COVID situation). Burial was in New York.

She was born Jan. 29, 1929. She married her high school sweetheart Norman Rochman when she was 18 years old. She always wanted to have five children, and she succeeded in that with four boys and one girl. She spent her younger years as a mother and wife. When her children were old enough, she pursued a career in social work. After the death of her first husband Norman Davis Rochman in 1987, she hated being single and was lucky to find Frank Pascale, to whom she was married happily for 17 years until he passed away. She and Frank enjoyed their lives together in Oakwood. After Frank’s passing, she was alone for some time and then married another marvelous love, Tommy Ungar (when they were both 86 years old) in 2015. Sydell sold her home in Oakwood and moved to Mesa where Tommy had a home. Shortly after their marriage, they sold the Mesa home and purchased a beautiful home with the view of the lake behind them in Cottonwood. Sydell and Tommy had a short (only five years) but happy and fulfilling life. She loved and was loved by many. Sydell will be missed. Celebrate her life.