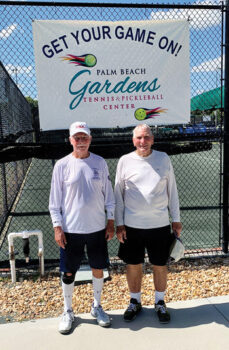 Jack and his partner J.B. Hayes from Westfield, Ind., competed in the 85+ division. From October 13-16 they played four matches to win the championship and, even more impressively, won all their matches in two sets.

Congratulations to Jack on his continued success at the national level!