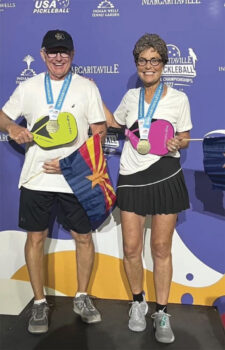 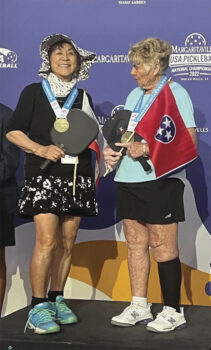 Chris and Roger Koski, playing Mixed Doubles in the 3.0, 65+ Division, won the top prize after a grueling 6.5 hours of competition against players from across the U.S.

According to Chris and Roger, the venue at Indian Wells was outstanding, and although the tournament was large, with 2,500 fierce competitors from all across the country, the environment was warm and friendly.