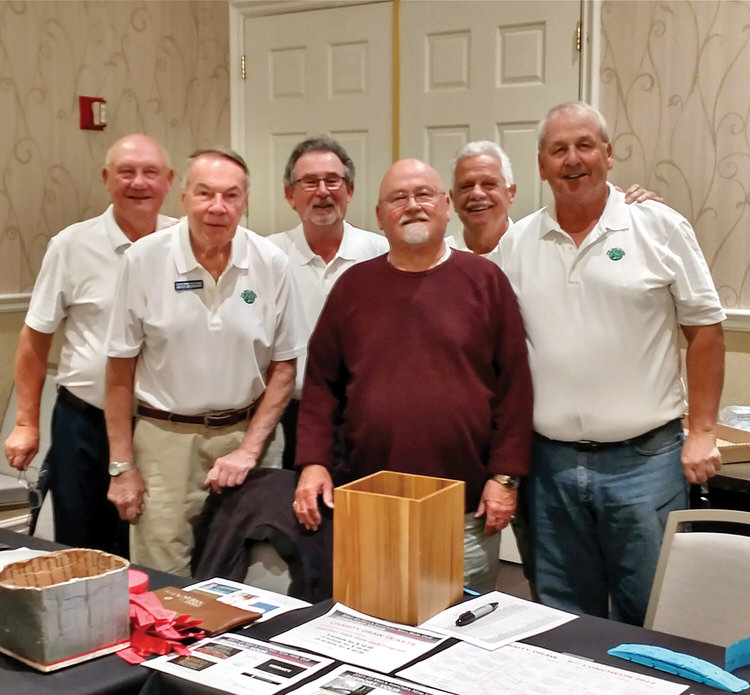 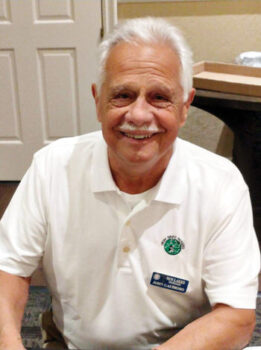 The luncheon was notable for a number of reasons; the attendance of over 80 members and guests, the great PowerPoint presentation created by Bob Pender, and the fundraiser raffle presided over by John Gaudioso. The lunch was a winner, so a big thank you to Jessica Dargle and her staff.

President Lloyd Schaeffer recognized the work of board members and committeemen who assisted with the program and the raffle. The point man on the raffle project was Special Events Chair John Gaudioso. John spent countless hours visiting restaurants and other business establishments and delivered a long list of valuable gifts. Without John’s energy and dedication, the raffle would not have been so successful. Special gifts were also contributed by the Pender brothers (Bill, Bob, and Frank) and Jim Campbell. Lloyd thanked the game managers who set up our Thursday pairings: Bill Pender, Bob Deken, and Len Dolins.

The raffle was a success thanks to these local merchants and supporters:

Please visit these fine sponsors, and when you do, be sure to thank them for their help with the raffle.

The Awards Luncheon is an annual event held to recognize the accomplishments of the players in various tournaments and categories. So, let’s start with the Club Championship.