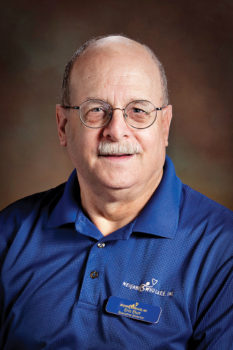 It is with great admiration and sadness that we announce the retirement of Neighbors Who Care Executive Director Eric Ehst. Eric’s stewardship and expertise have been a great contribution to the continued growth and success of Neighbors Who Care, and has made the organization one of Arizona’s most respected nonprofits.

Mr. Ehst is an Air Force veteran who built a distinguished career in nonprofit management and civic service after 25 years as an aerospace engineer. Before coming to Neighbors Who Care Jan. 3, 2012, he served on numerous boards of directors, including the Valley Citizen’s League, Arizona Advocacy Network, Arizona Conservation Alliance, and Arizona Educational Forum. He became the first male president of the Arizona chapter of NOW, the National Organization for Women, and served on the Arizona board of the League of Women Voters.

For three years, Eric was the Executive Director of the Clean Elections Institute where he became an expert on Arizona election law and the referendum process. In 2011, he served as election administrator and lead trainer at the Southwest regional polling site for the South Sudan Independence Referendum. His work there played a pivotal role in the democratic creation of the world’s newest independent nation. Eric’s political accomplishments also include runs for both the Arizona State Senate in 1996 and for the United States Congress in 1998, where his campaign slogan was “Maybe it does take a rocket scientist to run congress.” During Eric’s tenure with Neighbors Who Care, operations and staff have been expanded, and over 2,000 new clients have been enrolled for services. Among his many accomplishments, he was an architect of a first-of-its-kind hospital discharge program and worked with a variety of partner organizations to make Neighbors Who Care a nonprofit known statewide for its excellence.

His will be difficult shoes to fill. He will be deeply missed, and we all wish him the very best in his endeavors.