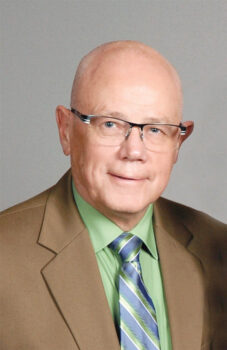 I was invited to a dinner with the current president and two former board members of Saint Paul School of Theology and their spouses. It was neat to hear both memories of the past and current matters of the school.

In the course of the evening, we learned one of the couples shared they had been married 70 of their 91 years. They had met and became childhood sweethearts. They married at 21. They were asked the secret of their long marriage. Without a moment’s hesitation, she replied, “persistence.” There was total silence for a few moments, and then we moved on to other subjects.

But I have been thinking about it ever since. Persistence is defined as firm or obstinate continuance in a course of action in spite of difficulty or opposition.

I believe the key to success of most any kind may be summed up in persistence. It is about being intentional and not giving up quickly when things don’t go one’s way. It is about being focused on what is most important in a relationship. It is hanging tough when everything is saying Quit. I suspect persistence is seen in having faith in oneself and the other to see it through and discovering depth and meaning in discovering new levels of intimacy, growth, and joy in one’s life and relationships.

May you and I grow in our persistence quotient in a positive and healthy way that adds to the quality of one’s life.