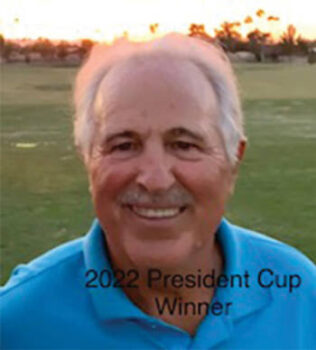 The month of March began with a two-day (March 5 and 6) Ryder Cup team event. Two teams of 28 players squared off in this competition in head-to-head match play for bragging rights. After the first day, the Blue team had a slight 15-13 lead. Though the White team tried to close the gap, a second day of good golf by the Blue team gave them a 30-26 final tally. A patio party following play was enjoyed by all participants.

March 12 was a Pick Your Partner, which allows friends to team up for a round of golf. It was flighted by the team’s total handicaps with a one net score for the 18 holes of play.

On March 19 a unique team competition with a twist was held. The Pro Shop converted the Cottonwood golf course into a 10-hole cross country excursion. An example was the teams used the number 4 tee to number 5 green. Unusual for all the competitors.

April competition included an Ace of Aces qualifier, a Three Clubs and a Putter challenge, a two-day Home and Home team event against Oakwood Golf Association, a Pick Your Partner team one net event, and a two-day Cottonwood versus Palo Verde men’s group team event.